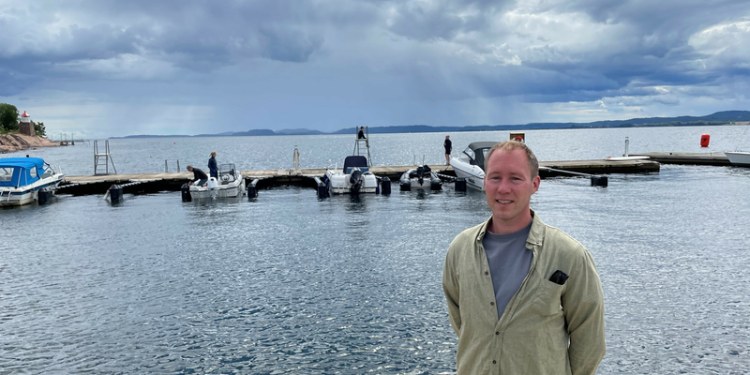 DNV, in collaboration with the Norwegian Geotechnical Institute, finds plastic materials across all marine sediment and animal samples in Norwegian fjords and offshore areas.

A study on sediments and offshore fauna conducted by DNV, with support from the Norwegian Retailers’ Environment Fund and in collaboration with the Norwegian Geotechnical Institute, has revealed that volumes of microplastics were detected in vital parts of Norway’s marine systems.

Human activity globally generates nearly 370 million tons of plastic every year, with production rates forecasted to keep on increasing in the future – despite a marginal slowdown during the COVID-19 pandemic. In Norway, every citizen disposes on average more than 100kg of plastic annually.

A significant part of microplastic pollution in  aquatic environments originates from factories, discharged waste, and the weathering and loss of plastic equipment used in aquaculture, shipping and the oil and gas industry.

In Norway, the major sources of plastic detected on beaches are packaging and consumer products, such as plastic bags and drinking bottles, and materials from the aquaculture industry, such as fishing nets and ropes.

In recent years, scrutiny has increased on microplastics, which are now found in all parts of the world’s oceans, and may pose a threat to the sensitive benthic ecosystems.

Their negative effects have been documented through findings in dead marine mammals and birds, and rising concerns that these microplastics may affect human health through the food chain have been voiced, notably following the discovery of microplastics in human blood and lung tissue for the first time this year. This has prompted an increasing urge to identify and minimize sources of marine pollution.

DNV’s sample collection along the Norwegian coastline, across a wide geographical area at sea and in the innermost fjord systems, was facilitated by the group’s broad area of activity as an environmental consultant with extensive fieldwork throughout the region.

In some areas of the Oslo Fjord, researchers found up to 14,000 microplastic particles per kilo of dry material, and as many as 30 microplastic fragments per individual seaworm – between 5-10 times as much as would be expected offshore.

Mari Engvig Løseth, from the Norwegian Geotechnical Institute, an independent international centre for research and consultancy in engineering-related geosciences, said.