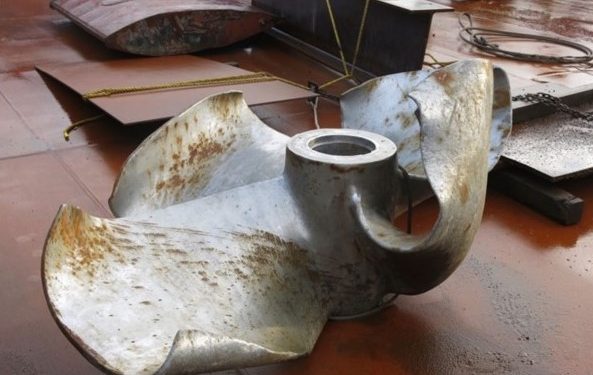 In its latest series of the Good Catch, the American Club informs of a towing that grounded, with fatigue cited as a contributing factor.

A towing vessel was on a coastal voyage pulling a large deck barge. The vessel had departed port earlier that morning after a busy night loading and securing containers and vehicles on the barge.

The cargo was loaded by the local stevedores, but the Master and Mate were involved in verifying the cargo was properly secured. On a previous voyage, some cargo had been damaged because it had not been adequately secured. In an effort to avoid those problems again, the company had asked the Master to closely monitor the loading and securing of the cargo to ensure it was done correctly.

Cargo loading was not completed until 2:00 am and all of the cargo was confirmed to be properly secured by 6:30 am. The towing vessel got underway shortly thereafter.

The Mate took a nap before his watch at noon but still felt tired after the sleep disruption and extra work during the cargo operations. When he got off watch at 4:00 pm, he took a shower, called his wife, and had dinner before going to bed at 5:30 pm. He woke up at 11:00 pm, ate a snack and relieved the Master on watch shortly before 11:45 pm.

The seas were exceptionally calm and there was no other traffic in the area. The towing vessel was on a course consistent with the voyage plan and the Mate was monitoring progress on the vessel’s Electronic Chart and Display Information System (ECDIS). He noted that a course change was planned for 1:15 am to avoid a shoal area.

At approximately 1:25 am, the towing vessel ran aground on the shoal. The grounding caused both main engines to shut down.

The Master and crew including the Mate were awakened by the grounding. The Master was on the bridge within 3 minutes and took charge. The crew verified that there was no flooding. The engineers were unable to restart either main engine and suspected damage to both propellers and shafts. The Master then notified the company and called the U.S. Coast Guard.

The company dispatched two other towing vessels. One towed the barge to its destination port while the other towed the damaged towing vessel to the nearest port for a damage survey.

The Mate admitted that he had fallen asleep in his chair on watch. He indicated that a combination of the previous sleep disruption, extra work the night prior, and very calm seas caused his fatigue. A review of the work/rest log on the vessel indicated that the hours were not being recorded daily. They appeared to be recorded once weekly for the entire week. A quick review indicated that the hours did not vary from day-to-day despite a varied work schedule for the crew.

Based on comments from the Mate, he had worked 13.5 hours in the 24-hour period prior to assuming the watch on which he fell asleep. He had also worked just over 29 hours in the 48-hour period prior to assuming that watch. During that same 48-hour period, he had just over 13.5 hours of sleep, but those sleep periods were broken into one 5.5-hour period, a 2-hour period, another 2-hour period and a 4-hour period. There were other short periods when he was not working or on watch, was eating, checking emails, or taking care of personal matters. The Mate also indicated that he did not set an alarm in the ECDIS to remind him of the planned course change nor did he set up depth contour alarms. He said he was familiar with how to do both, but it had not been their standard practice onboard this vessel.