SSA stresses the importance of distinguishing piracy and armed robbery 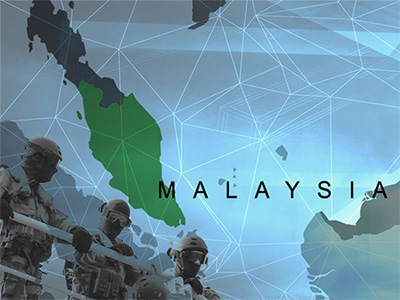 The importance of distinction when reporting incidents

It is important to distinguish between armed robbery and piracy when reporting incidents in South East Asia waters says the Singapore Shipping Association (SSA) which has commissioned a study to determine the scale of threat posed to seafarers in the area.

The findings reveal that in the first quarter of this year the vast majority of incidents in this region fall under the category of armed robbery (which is within the territorial waters and under the jurisdiction of the sovereign state) not piracy (which is on the high seas). The distinction determines whether a merchant vessel can seek protection from the navy/coast guard of the littoral state or from the navy/coastguard of the vessel’s flag of registry.

Seafarers should note that recent reports of pirate attacks are in fact more likely to have been armed robbery and targeted at specific vessel types, particularly when in port or at anchor. SSA stresses that, with an estimated 50,000 -90,000 vessels transiting SOMS (Straits of Malacca and Singapore) each year and further numbers sailing around the South East Asia and South China seas, it can be calculated that the likelihood of a merchant vessel, which exercises high vigilance and conducts anti-boarding watch, being attacked is between 0.012 and 0.07%.

To fully understand the real scale of the problem the SSA commissioned a technical report to examine incidents of armed robbery and piracy in South East Asia waters and the South China Sea. The report undertook a detailed analysis of the quarterly reports of the International Maritime Bureau of the International Chamber of Commerce (ICC IMB) and the Regional Cooperation Agreement on Combating Piracy and Armed Robbery against Ships in Asia (ReCAAP) for the first quarter of 2015 (1 Jan to 31 March). The findings revealed that only 14% of attacks on merchant vessels were classified as piracy. Of the remaining incidents, 85% were cases of armed robbery with almost half of these (46%) occurring while in port or at anchorage. The vast majority of incidents (68%) involved “petty theft” by unarmed perpetrators where crew members were unharmed and economic loss was low.

SSA is encouraging Captains and seafarers to ensure they comply with recognised methods to counter possible boarding when traversing South East Asian waters and advises that, if boarded, Captains should put the well-being of their crew first while, at the same time, fully complying with the standing instructions of their respective companies.

SSA has worked with ReCAAP to provide Guidelines for Tug Boats and Barges Against Piracy and Sea Robbery which can be found online at www.recaap.org It also points out that the Best Management Practices for Protection against Somalia Based Piracy (BMP4) can be successfully adapted for use in South East Asia.