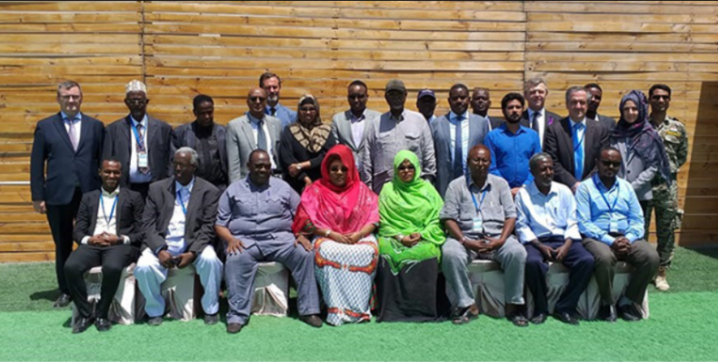 The Somali Shipping Code has been completed, after years of efforts to make Somalia's capacity to grow, sustain a blue economy and fight piracy, supported by the International Maritime Organization (IMO) and the United Nations Assistance Mission in Somalia (UNSOM).

Specifically, the IMO reported that the Code, as the result of six years of work, will undergo the necessary parliamentary processes for enactment into Somali national law.

The Somali Shipping Code will enable the country adopt relevant international maritime convention, including the United Nations Convention on the Law of the Sea (UNCLOS); IMO conventions on safety of life at sea (SOLAS), prevention of pollution from ships (MARPOL), seafarer training (STCW); and the International Labour Organization's Maritime Labour Convention (MLC).

In addition, through the Code, Somalia will be able to discharge its responsibilities as a flag, port and coastal state.

The revised Shipping Code includes the most up-to-date best practices and developments in international maritime law. The process of developing it, has seen a Somali Maritime Administration established. In the meantime, IMO and UNSOM collaborated with Somalia to provide a legal and technical training to support core administrative and legal functions, including induction training for maritime administration officials during a workshop in January 2020 at the Djibouti Regional Training Centre, Djibouti.

Overall, the finalization of the Somali Shipping Code took place on March 9, in a ceremony in Mogadishu, where Her Excellency, Honourable Maryam Aweys Jama, the Minister of Ports and Marine Transport in the Federal Government of Somalia, received a copy of the finalized Code (in the Somali language) from Mr. Dave Muli, IMO's Regional Coordinator for Eastern and Southern Africa.