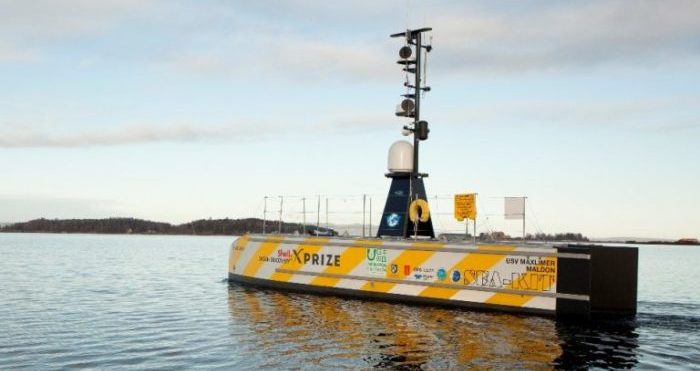 In 2018, the Shipowners' Club launched a dedicated autonomous vessel P&I policy. The Club consulted owners, operators and manufacturers of autonomous ships to make sure it had the right cover in place so that operators can focus on their operations knowing they are appropriately covered if anything should go wrong.

One of the Shipowners' Club’s first Members to operate an autonomous vessel is the UK based firm Hushcraft. The team designed and built the SEA-KIT vessel. SEA-KIT is an autonomous surface ship that can use and recover an autonomous underwater vehicle.

SEA-KIT recently conducted an unmanned voyage from the UK to Belgium carrying a cargo of oysters. The vessel left West Mersea in Essex and arrived at Oostende port in Belgium on 7 May. It was welcomed by Belgian customs officers who received a box of oysters caught around Mersea Island. The box represented just a fraction of the vessel’s maximum payload of up to 2.5 tonnes.

The voyage, which lasted 22 hours, represents the first commercial crossing of the North Sea by an autonomous vessel, and marks an important breakthrough in unmanned ocean transit. Its success presented un-crewed navigation capabilities through GPS and satellite communication.

The vessel has a range of up to 12,000 Nm and can fit inside a shipping container to be easily deployed anywhere in the world. It can be used for applications such as:

Soil Machine Dynamics competed in the XPrize and reached the final stage of the competition. Competing under the name Team Tao, the team used an autonomous surface vessel to deploy and recover underwater autonomous vehicles.

I am delighted that Team Tao have received this Moonshot Award ... We began this journey with an ambitious dream on a minimal budget and secured a fantastic partner in Newcastle University to create Team Tao

The surface vessel and the sub-sea drones are all designed to be relatively low cost – the concept is for a system whereby several lower cost assets are deployed working in tandem to create a complex survey ecosystem.

These achievements from two of the Shipowners' Club operators demonstrate that autonomous shipping is steadily moving into the realms of commercial applications.