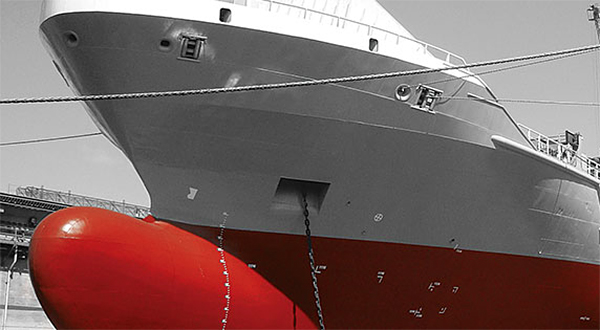 Scientists from the University of Sydney have developed nanowrinkled coatings that have the potential to avoid the build-up of damaging biological material and save up to $320 million annually spent by the Australian shipping industry because of biofouling.

A team of chemistry researchers from the University of Sydney Nano Institute has created nanostructured surface coatings that have anti-fouling properties without using any toxic components.

The new coating uses ‘nanowrinkles’ which are inspired by the carnivorous Nepenthespitcher plant. This plant traps a layer of water on the tiny structures around the rim of its opening.

The new materials were tested when they were tied to shark netting in Sydney’s Watson Bay, showing that they were efficient at resisting biofouling in a marine environment.

Specifically, they resisted almost all fouling from a common species of marine bacteria, while control Teflon samples without the lubricating layer were completely fouled.

Leader of the research team, Associate Professor Chiara Neto, stated: “We are keen to understand how these surfaces work and also push the boundaries of their application, especially for energy efficiency. Slippery coatings are expected to be drag-reducing, which means that objects, such as ships, could move through water with much less energy required.”

The University of Sydney team consisted of biofouling expert Professor Truis Smith-Palmer of St Francis Xavier University in Nova Scotia, Canada, and was partially funded by the Faculty of Science scheme for visiting women.

The research has been published in ACS Applied Materials & Interfaces.