by The Editorial Team
in Shipping, Smart 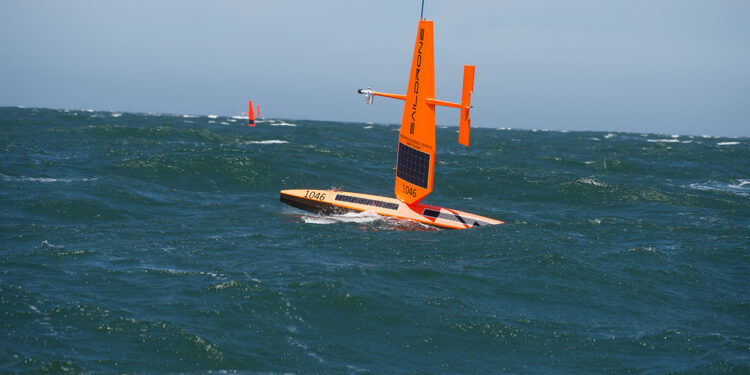 The US National Oceanic and Atmospheric Administration (NOAA) Fisheries revealed plans to use autonomous surface vehicles for collecting some critical data to support management of commercial fishery in Alaska. This will help fill the information gap resulting from the cancellation of surveys due to COVID-19.

This effort aligns with NOAA’s broader strategy to expand the use of technologies, such as unmanned systems, artificial intelligence, and ‘omics, to advance ocean research. NOAA released its strategy in February.

We knew there was a possibility that surveys may be cancelled this year, so we worked on a contingency plan to collect some data just in case,

Three saildrones, unmanned wind-powered surface vehicles, are en route, currently sailing autonomously, from Alameda, California on a six-week journey to the eastern Bering Sea. They are expected to reach Alaska in early July to begin a 60-day survey.

As explained, this fishfinder technology detects the presence of fish using sound. Echosounders send sound pulses into the water and measure how much of this energy echoes back from fish. From this, scientists are able to make an estimate of the population of fish below.

Scientists from the Alaska Fisheries Science Center worked with Saildrone, the Pacific Marine Environmental Laboratory, and Kongsberg to develop this technology.

The saildrones are also equipped with solar-powered instruments to measure oceanographic and meteorological conditions. Wind, solar radiation, surface temperature, and salinity measurements will occur along the way.

Scientists at the Pacific Marine Environmental Laboratory will process the oceanographic and meteorological data in real time.

Stock assessment scientists use these data together with other data collected from commercial fishing vessels to estimate fish population size each year.

Unmanned vessel surveys are helping scientists provide some key scientific data especially during this time, when it is difficult to collect data other way. Drones and robots have been helpful also for other maritime activities during the pandemic, such as ship surveys.