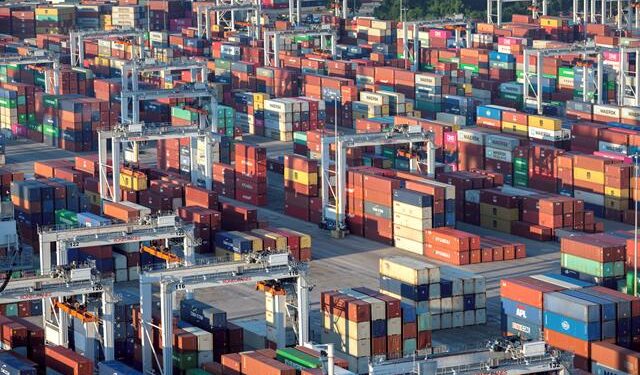 Specifically, in November alone, the Port of Savannah moved 363,000 twenty-foot equivalent container units, registering a 5.4% increase over the same month last year, or an additional 18,460 TEUs. In regards to Roll-on/Roll-off traffic, Colonel’s Island at the Port of Brunswick and Ocean Terminal in Savannah moved a combined 62,146 units of cars, trucks and heavy equipment, an increase of 2,850 units or 5%.

These positive numbers mean Savannah’s Garden City Terminal has marked year-over-year increases for five consecutive months, and 34 out of the past 36 months.

GPA Executive Director Griff Lynch noted that “the streamlined movement of containers from vessel to departing rail in 24 hours and capacity increases built into Garden City Terminal have helped to increase volumes and improve efficiency.”

What is more, according to GPA Board Chairman Will McKnight, the Authority’s Mid-American Arc initiative is now targeting markets from Memphis to Chicago and the Ohio River Valley, that are starting to pay shares with customers moving more cargo in direct shipments from Savannah to the Midwest.

Recently, it was said that the Georgia Ports Authority achieved a monthly record for its traffic volume in October 2019, marking the highest volume for in its history of operation. For the records, the port moved 428,400 TEUs container units, a 3.5% increase in TEUs compared to the previous years.

The Georgia Ports Authority is on track to surpass the 4.6 million twenty-foot equivalent container units for the first time in a calendar year, presenting a 14% increase over volumes moved through Savannah just three years ago.