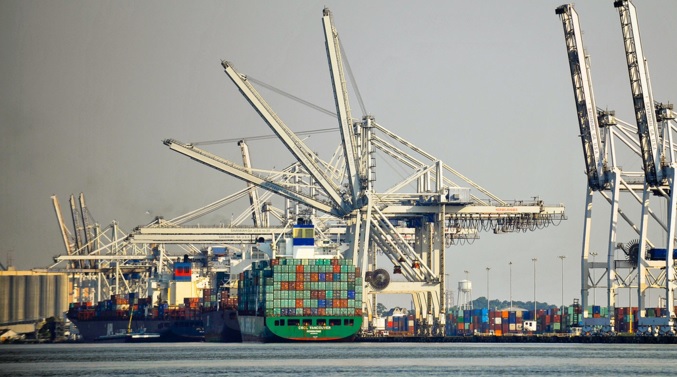 The Georgia Ports Authority achieved a new monthly record for its traffic volume in October 2019, marking the highest volume for in its history of operation. For the records, the port moved 428,400 TEUs container units, a 3.5% increase in TEUs compared to the previous years.

Specifically, the Port of Savannah's handling of 430,000 TEU, added to the fiscal year of the port the total amount of 1.6 million TEU, an 6% increase in comparing with the same period in 2018. Georgia Ports Authority has also set monthly records for several times in the past, since the opening of the New Panama Canal.

We have seen three years of incredible volume growth, and the economy of the U.S. Southeast remains a powerhouse. Georgia’s market share continues to expand as new commodities come online and customers in new regions rely on our services.

A part of this traffic expansion comes from the arrival of new port users into the Savannah area, including also the fact that there were chosen as A&R Logistics' new global export hub for plastic resins in October. It is estimated that its 600,000 square-foot packaging facility will be operational during 2020, while it is further planned to expand up to one million square feet.

Savannah is already the port of choice to serve the U.S. Southeast. To accommodate future growth, GPA has and continues to make significant infrastructure investments that are allowing the GPA to take on new business, create jobs and economic development across Georgia and beyond.

...as GPA Board Chairman, Will McKnight reported.

The berths are able to accommodate larger crane and vessels, while the port in generally is capable of hosting three 14,000-TEU and four other Post-Panamax ships at the same time.

In the mid of 2020, Savannah expects to receive six new STS cranes, making them in total to 36. As for the Mason Mega Rail Terminal, is nearly at the halfway until is totally completed. To conclude, Georgia has came in the second place of the busiest U.S. hub for the import-export of Ro/Ro cargo behind Baltimore.