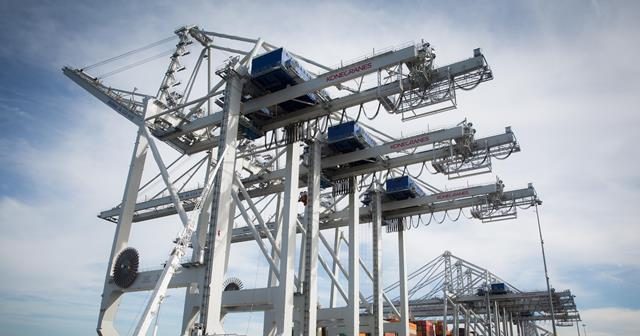 Cranes in Port of Savannah / Above image is used for illustration purposes only / Credit: Georgia Ports Authority

The Georgia Ports Authority is on track to surpass the 4.6 million twenty-foot equivalent container units for the first time in a calendar year, presenting a 14% increase over volumes moved through Savannah just three years ago.

Accordingly, the Authority reports that on the same period, there is also an increase in the annual capacity at the Port of Savannah from 5 million to 5.5 million TEUs.

The first phase of GPA’s Mason Mega Rail project, which will come into force in spring 2020, will give a great boost to the port, with the cargo moved by rail already being increased twice as fast as the Authority’s overall three-year growth rate in container trade.

The development was also obvious in:

For the calendar year-to-date through October, the GPA moved 3.88 million twenty-foot equivalent container units, an increase of 222,800 TEUs or 6 percent, year over year.

Colonel’s Island Terminal at the Port of Brunswick

Roll-on/Roll-off cargo: handled 500,512 units of cars, trucks and tractors from January through October.