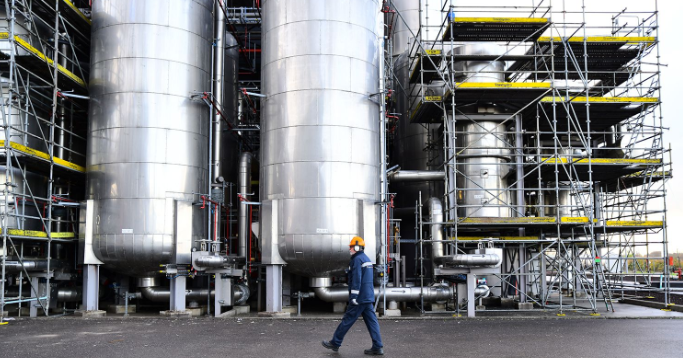 The Europe's largest biorefinery is located in the center of the Port of Rotterdam with Alco Energy Rotterdam converting corn into bioethanol fuel during a production process which brings zero waste.

We aim to become the most sustainable biorefinery in Europe. Perhaps even in the world. Logistically, Rotterdam is the ideal place for us.

Specifically, the CO2 released during the process is transported via underground pipelines to Westland's greenhouses while the remaining corn pulp is used as animal feed.

For the records, Alco Energy uses the sugars of the corn to convert it into an almost pure alcohol, which can be mixed easily with petrol.

In order to reduce greenhouse gas emissions from traffic, in 2020 at least 10% of fuel for the transport sector must originate from renewable energy sources

In light of the situation, Dutch petrol stations have been forced to mix some ten percent of bioethanol in Euro95 petrol.

If you fill up with Euro95, you’ll see E10 mentioned at the petrol pump. This refers to the ten percent added bioethanol.

Concluding, greenhouse gas emissions coming from ethanol are considerably lower than petrol, although in Alco's case emissions are almost 95% lower.