Port of Long Beach reports increase in emissions for 2021 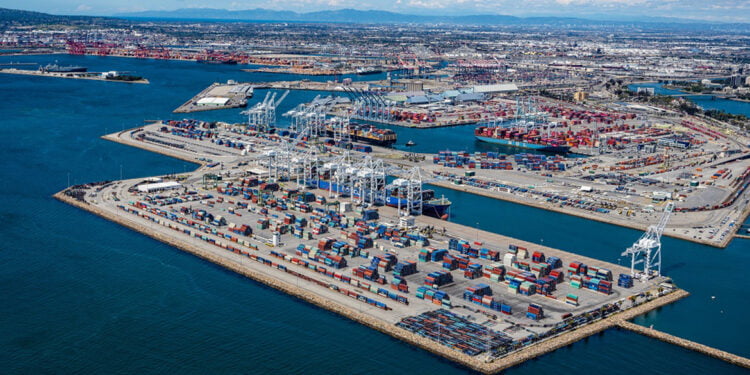 The increase in supply chain disruptions, COVID-19 restrictions, and record cargo volumes created unprecedented numbers of ships waiting along the coast and congestion at the San Pedro Bay port complex, driving up emissions in 2021.

In the prior study year, diesel particulates had decreased 90%, nitrogen oxides 62%, and sulfur oxides 97%. The Port uses a baseline of 2005, the year before the original San Pedro Bay Clean Air Action Plan (CAAP) was adopted.

Putting it simply, the pandemic created emissions-inducing bottlenecks in the supply chain. No one could have foreseen this once-in-a-lifetime event, but we are not discouraged by this temporary impediment, and our goal to be a zero-emissions port remains

The global supply chain congestion last year resulted in a series of events causing the rise in emissions in San Pedro Bay. Specifically, a large number of vessels, mainly container ships, sat at anchor or loitered during cargo surges.

More cargo-handling equipment was used to keep up with the activity, and trucks waited longer in queues as a result of systemwide logistics issues in the Harbor District, across the region, and throughout the nation.

Additionally, a higher than usual number of visiting ships were not equipped with shore power, and other ships used less shore power due to a California emergency energy-restriction order event.

Since 2021, the Port has put in place a number of initiatives to further reduce air pollution in future inventories and build a technological and operational bridge to a zero-emissions future: