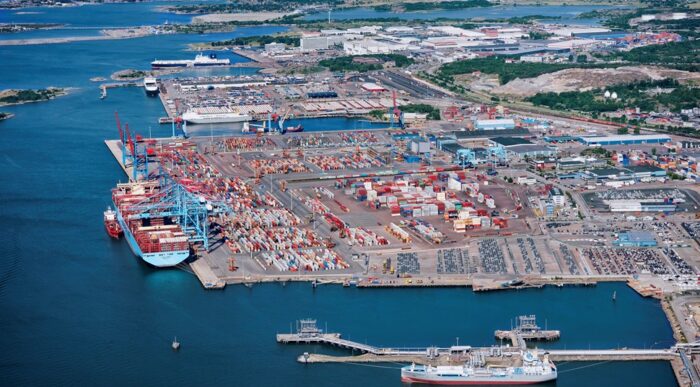 Port of Gothenburg achieves high freight volumes during Q1 of 2020

Overcoming the challenges of the COVID-19 pandemic, the Port of Gothenburg announced positive results in its freight volums which remained high during the first quarter of 2020.

Given that the port is Sweden's largest so far, it generaly represents how trade with the rest of the world works for the country.

Accordingly, the container sector saw volumes increase by 8% on the export side and even reached 10% in March – one of the highest monthly figures in recent years. On the import side, a downturn has been noted as a result of a fall in imports from China. This has been compensated for in part by a rise in the import of empty containers needed to avert a shortage for the country’s export companies.

Concerning the energy sector, the port informed of a 13% rise, to 5.7 million tonnes for January-March. The oil market is extremely volatile with a dramatic fall in oil prices and a substantial upturn in demand for storage. Whilst there was no increase in the demand for storage through to March, although this is expected to change in the near future.

On the other hand, the ro-ro segment has seen a decline from the high levels experienced in recent years. This trend continued into the first quarter with volumes down 6%. As in the vehicle sector, the effects of the production shutdown at the Volvo companies have only been marginal, although there will be greater repercussions in the months to come.

We have focused firmly on keeping the port open and we have managed to do so successfully. This has always been our strategy. Large parts of Sweden have remained open and productive during the pandemic, and coronavirus has not had any tangible impact on Q1 volumes

Recently, the port noted the pandemic could accelerate digitalization in what is an otherwise conservative shipping industry.