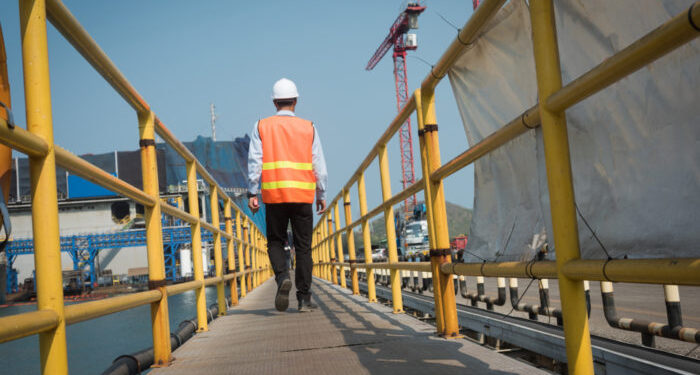 Indian Ocean MoU issued its annual PSC report, noting an increase in total number of inspections in 2019, compared with those in 2018. The number of detentions, detention rate and the number of underperforming ships have started to decrease in 2019.

Percentage of Detention per Ship Type 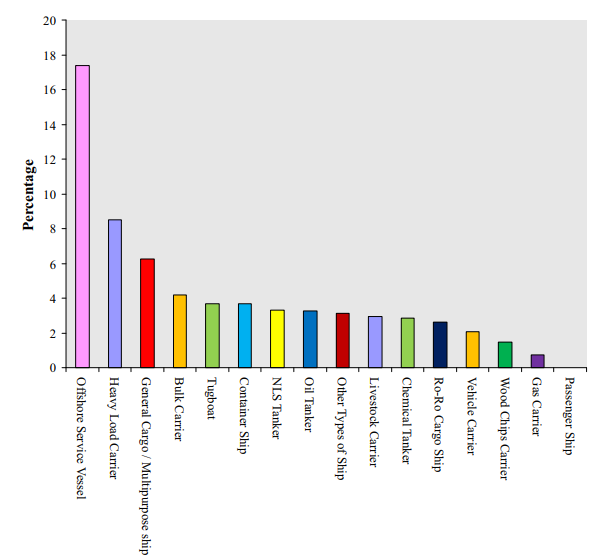 Percentage of Detention per Flag 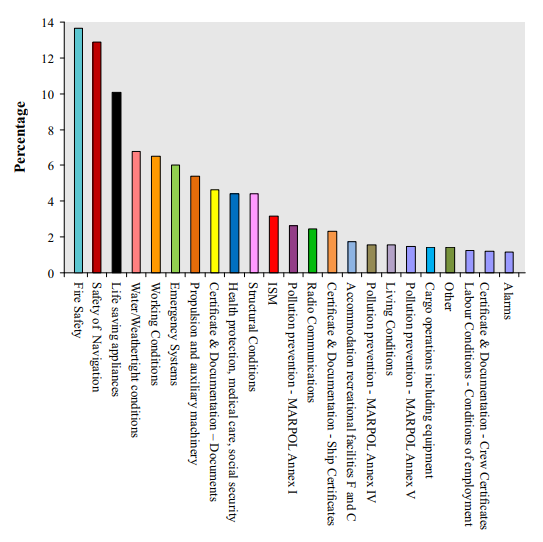