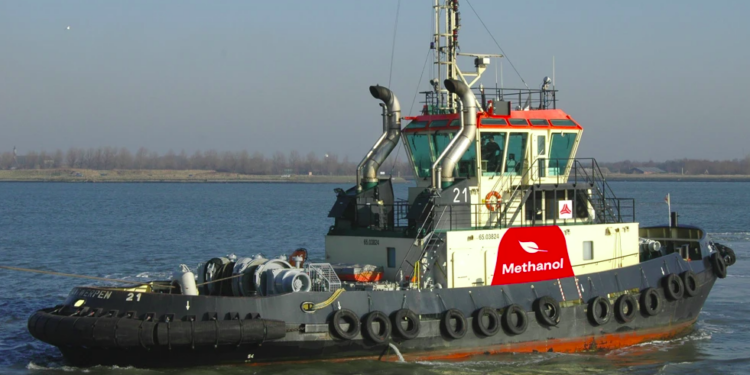 Port of Antwerp announced it is converting a tug to methanol propulsion, as part of the EU-funded Fastwater project, which aims to demonstrate the feasibility of methanol as a sustainable marine fuel.

The European Commission approved the ‘methatug’ project this week, boosting the Port of Antwerp’s transition to becoming a sustainable and CO2-neutral port. The methatug is now expected to be operational in early 2022.

The Fastwater project was set up by a group of European maritime research and technology leaders, including Port of Antwerp and has been funded by the European research and innovation programme, Horizon 2020. Besides Port of Antwerp, which is supplying the tugboat, several other partners are involved in this project, including Belgian engineering company, Multi, Swedish shipbuilder, Scandinaos, ABC and the German company, Heinzmann.

The port of Antwerp, the fifth-largest bunkering port in the world, has integrated LNG into its bunkering market in the past few years. By 2025, it aims to become a fully-fledged multi-fuel port, in which seagoing and inland vessels will be able to bunker, not only conventional fuels, but also low-carbon alternatives such as methanol, hydrogen or electricity.

This methatug is a further and also an important step in the transition towards a sustainable and CO2-neutral port that has enabled us to overcome a variety of technical and regulatory challenges. Thanks to projects such as this, we are paving the way and hope to be an example and a source of inspiration for other ports,