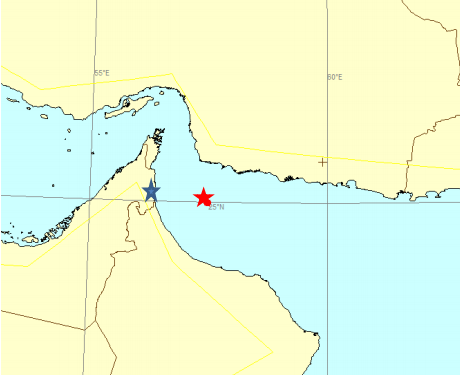 The United Kingdom Maritime Trade Operations (UKMTO) issued a warning on 3 August, regarding a vessel that may have been hijacked off UAE.

As the UKMTO said, the incident was a “non-piracy” incident, before updating its description to a “potential hijack”. In addition, Dryad Global has identified the ship to be the tanker Asphalt Princess.

Providing more information on the incident, sources report that the UK is working on the assumption that the tanker has been boarded by Iranian group of eight or nine armed individuals.

Furthermore, Reuters cited Refinitiv ship tracking data, which indicate that at least five ships in the sea between the UAE and Iran updated their AIS tracking status to “Not Under Command” on August 3.

However, according to the British Navy, the armed group who boarded the tanker has now left the targeted ship, which is now safe, but no more information is currently available.