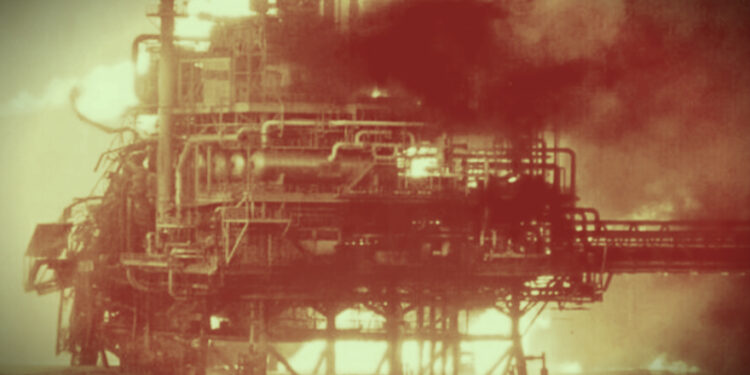 Jan-Hugo Marthinsen, Vice President, Head of Offshore Energy Claims at Gard P&I Club looks back at the world’s deadliest offshore disaster: Piper Alpha. On 6 July 1988 an explosion and fire ripped through the Piper Alpha oil platform located in the North Sea, killing 167, while only 61 managed to escape and survive.

This year marks the 30th anniversary of the fire and explosion on the Piper Alpha oil platform in the North Sea. Gard’s predecessors for our marine & energy portfolios, Storebrand and Vesta, were both heavily involved as leading insurers and in this article we look back at the events flowing from the casualty through the eyes of one of the Gard claims superintendents involved at the time.

On 6 July 1988, an explosion and fire ripped through the Piper Alpha oil platform located in the North Sea off the Scottish coast. There were 226 workers on board the platform at the time and tragically only 61 of them escaped and survived by jumping from the main deck into the sea, over 30 meters below. Two responders in a fast rescue boat were also killed bringing the total death toll to 167. The platform itself was destroyed.

Gard’s predecessors for our marine & energy portfolios, Storebrand and Vesta, were both heavily involved as leading insurers for all four partners in the Piper Field Joint Venture (JV).  The four partners were Occidental Caledonia (Oxy), Texaco Britain, Union Texas Petroleum and Thomson North Sea.  Oxy was the field operator. The casualty became a stress test of Storebrand’s Oil & Energy Division – underwriting, claims and accounts. I say this from personal experience as I was a young offshore claims superintendent in Storebrand at that time.

The aggregate total direct insured losses paid under the direct policies were USD 1,353,840,617 for first party losses and expenses and GBP 162,593,610 for third party liabilities. Of this USD 1.6 billion total, the Norwegian offshore energy market insured USD 550 million, the lion’s share of which was with Storebrand and Vesta. The loss, after it had passed through all reinsurance covers, including the London Market Excess of Loss (LMX) Spiral (where the same dollar passed through the same reinsurer several times), the total processed claims exceeded USD 16 billion.

The total compensation for the loss of the platform was paid by the direct insurers in September 1988. The payment to Texaco under the fronting insurance, USD 150,165,000, was at the time the largest single claim payment made by Storebrand and remains the largest single claims transaction I have executed during my career spanning more than 32 years in energy, property and casualty claims.

All of the death and personal injury claims and most of the first party property and earnings claims were settled within four years of the incident.  The JV partners agreed to a settlement formula for death and personal injury compensation shortly after the casualty and most of the claims were settled quickly. The last to settle was a claim filed in Texas on behalf of an American worker.

The contracts with the contractors contained “knock-for-knock” clauses, under which the contractors were obliged to hold the JV partners harmless and indemnify them in respect of claims made by the particular contractors’ employees. The clauses contained an important exception for any incidents where Oxy as the operator, had the ‘sole’ blame for the incident.

In November 1988 a public inquiry was set up to establish the cause of the incident under the chairmanship of the Scottish Judge William Cullen. The inquiry lasted 180 days and the findings were issued in November 1990. The Cullen Report concluded that the initial explosion was caused by a leak of hydrocarbons arising from maintenance work being carried out simultaneously on a pump and related safety valve. The inquiry was critical of Oxy’s maintenance and safety procedures, but there was no conclusion of ‘sole’ blame on Oxy.

Following this, we turned to the 36 contractors and their liability insurers for indemnification for the claims paid in respect of their employees. The contractors challenged the level of the payments because the settlements were much higher than the prevailing levels of death and injury compensations awarded by Scottish courts at the time. We offered to accept 60% of the amount of the settlement for those contractors willing to settle early. Some, but not all accepted.

We brought proceedings against the non-settling contractors, which had 189 of the employees involved in the casualty, before Lord Caplan of the Outer House of the Court of Session in Edinburg. Lord Caplan was advanced in age and had a history of heart attacks and we were concerned that he might pass away before handing down his judgment. In that event, we estimated additional litigation costs to begin the proceedings again would be up to GBP 20 million. To deal with this risk we approached the judge and asked him to agree to a medical examination and for our group to purchase a life insurance policy on him for the losses we would have if he should pass away.  He agreed.

The ensuing trial became the longest civil trial in UK legal history, lasting almost three and a half years. Happily, Lord Caplan survived the trial and handed down his judgment in September 1997. The ruling was in favour of Oxy and the JV insurers on the principle point that contractors were obliged to indemnify the JV partners under the knock-for-knock contracts, but on the issue of how much they should indemnify the ruling was against us – because Oxy and its partners had already been indemnified by insurers!

Lord Caplan’s judgment, in effect, had set aside the rights of subrogation – a central and enduring feature of English insurance law. We appealed and the Inner House of the Court in Session decided in our favour in December 1999.

The contractors then appealed the decision to the House of Lords, where the four Lords tribunal heard the case in November 2001 and issued their ruling in favour of the JV partners and insurers on 7 February 2002, awarding 180% indemnity of the amounts claimed (principle amounts, costs and interest).

Because of the many years that had passed and the number of insurers involved, many of which had merged or gone through other changes, the distribution of the subrogation proceeds took another year to conclude. There were fortunately only two brokers involved in the direct placings, Willis in London and Aon, New York and London (A&A/Alexander Howden). Thankfully, Andrew Jackson at Willis, London, had maintained a spreadsheet of all individual claims and associated costs originally paid under the settlement formula, and how they were allocated to the JV partners and their respective layers of liability policies down to each subscribing insurer. By the time the proceeds were allocated, Gard had taken over the Storebrand and Vesta portfolios. Gard closed its own files in 2003 after having been paid back under the numerous reinsurance arrangements that were involved for each of our heritage companies.  So, 15 years after the incident, my part came to an end.

In addition to determining the cause, the Cullen inquiry included a second part which looked at the lessons learnt from the Piper Alpha incident and the general state of safety in the UK Sector of the North Sea.  The Cullen report made 106 recommendations for changes to North Sea safety procedures. The recommendations led to the adoption of the UK Offshore Installations (Safety Case) Regulations 1992.

In a recent commemoration of the Piper Alpha tragedy, Lord Cullen remarked:

“It is not much good having an investigation if it does not lead to lasting improvements in safety, in other words, in results being embedded in the assessment and the control of risk and reflected in the way work is tackled and done.”  The Piper Alpha “was not only a disaster but also an opportunity to change things and we are living, I would hope, with the benefits of that change.”

Thirty years ago, I was a young claims superintendent with less than three years at Storebrand’s offshore claims department. The Piper Alpha casualty turned out to be my claims “master exam” and has influenced how I, together with my colleagues at Gard have approached major casualty handling. As Lord Cullen noted – it is not possible to assess the number of accidents that have never happened.  Yet, I share his outlook that the legacy of the Piper Alpha disaster is the positive changes in the safety regulations and culture that have made work aboard offshore facilities safer for all.

Above article has been initially published in Gard P&I Club’s website and is reproduced here with author’s kind permission.

Jan-Hugo started his insurance career with Storebrand in 1979 as an assistant in the marine underwriting department in Tromsø. Whilst achieving the highest level of Marine Insurance qualifications at the Norwegian Shipping Academy in 1986, he accepted the position of claims superintendent in Storebrand’s Offshore Energy division in Oslo. He subsequently passed associateship examinations at the Chartered Insurance Institute in London and holds a diploma of Chartered Insurer. Jan-Hugo transferred to Gard in 2000, where he is currently responsible for Offshore Energy claims, being involved primarily with complex and large losses but active in all areas of claims work. In addition to chairing the organising committee of the annual Lillehammer Energy Claims Conference since its institution in 1996, he also serves as member of the Energy & Offshore Committee of the International Union of Marine Insurers, as well as Board Member of the Nordic Union of Marine Insurers, Cefor.

Jan-Hugo started his insurance career with Storebrand in 1979 as an assistant in the marine underwriting department in Tromsø. Whilst achieving the highest level of Marine Insurance qualifications at the Norwegian Shipping Academy in 1986, he accepted the position of claims superintendent in Storebrand's Offshore Energy division in Oslo. He subsequently passed associateship examinations at the Chartered Insurance Institute in London and holds a diploma of Chartered Insurer. Jan-Hugo transferred to Gard in 2000, where he is currently responsible for Offshore Energy claims, being involved primarily with complex and large losses but active in all areas of claims work. In addition to chairing the organising committee of the annual Lillehammer Energy Claims Conference since its institution in 1996, he also serves as member of the Energy & Offshore Committee of the International Union of Marine Insurers, as well as Board Member of the Nordic Union of Marine Insurers, Cefor.