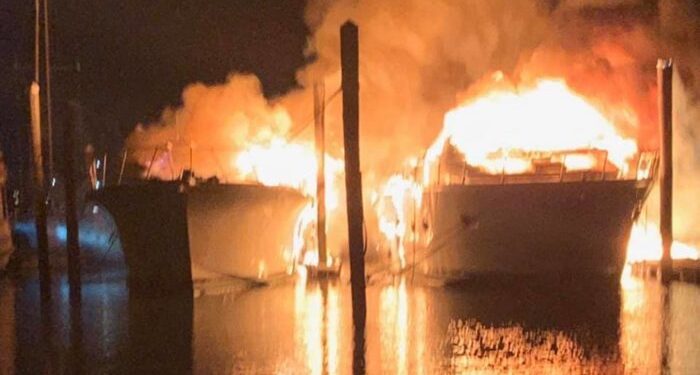 The US Coast Guard is responding to a discharge of diesel after a fire erupted on two large boats at Seaview Harbor Marina in Great Egg Harbor, Monday morning.  Watchstanders at US Coast Guard Sector Delaware Bay received the report of the vessel fires from local police dispatch at approximately 1:50 a.m.

The estimated maximum potential for the discharge of the two submerged vessels is an estimated 2,000 gallons of diesel.

There have been no reports of impacts to wildlife at this time.

Our pollution investigators are on-scene and overseeing commercial cleanup operations. Our goal is to ensure safe operations and to help mitigate environmental impacts resulting from the discharge,

The responsible party of the US Coast Guard is currently drafting a salvage plan for approval.

The cause of the incident is currently under investigation.