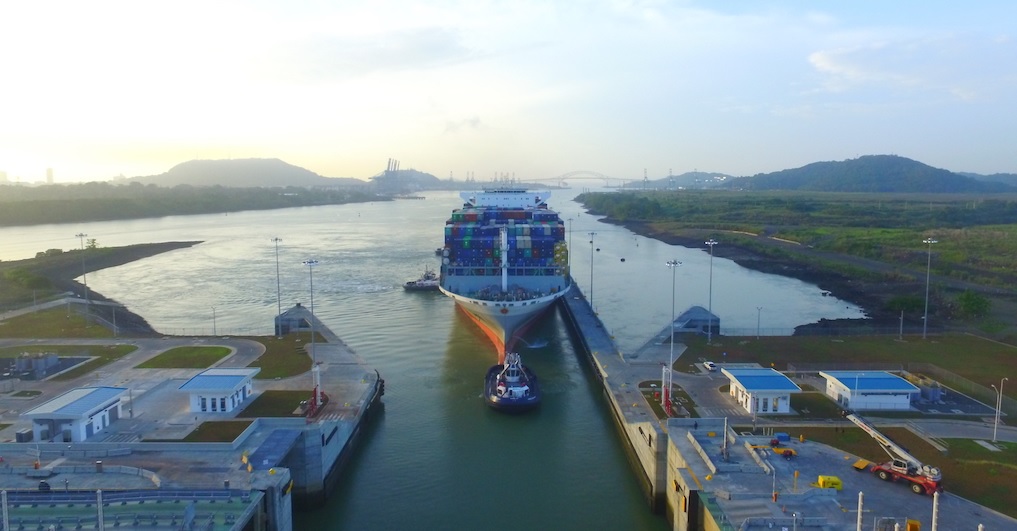 On May 24, the Panama Canal welcomed the Neopanamax container vessel "OOCL France", making it the largest capacity vessel to transit the Expanded Canal, since it was inaugurated, in June 2016. The containership, which measures 366.47 meters in length and 48.23 meters in beam, with 13,926 total TEU allowance, transited northbound from the Pacific to the Atlantic Ocean.

"This trend towards the transit of 13,000 TEU or greater vessels demonstrates the acceptance and trust that the shipping industry has with the service provided by the Expanded Canal," Panama Canal Administrator Jorge L. Quijano said.

The previous record was set on May 2 by the COSCO Development containership, which measures 366.45 meters in length and 48.26 meters in beam and has a 13,345 TTA.

The OOCL France is deployed on the new OCEAN Alliance's weekly South Atlantic Express (SAX) service, connecting Asia-U.S. East Coast ports via the Panama Canal. OOCL France is the second vessel in this service to transit through the Expanded Canal after the COSCO Development earlier this month.

The Panama Canal honored the vessel with the Green Connection Award, as ,by using the waterway, it helped reduce approximately 5,000 to 26,000 tons of carbon dioxide (CO2) in comparison to alternative routes.

To date, a total of 1,360 Neopanamax vessels have transited the Expanded Canal since it first opened. Of this total, containerships have represented approximately 43.8 percent of traffic, followed by liquefied petroleum gas (LPG) carriers and liquefied natural gas (LNG) carriers, which represent approximately 29 and 8.1 percent, respectively.