Oil tankers struck in suspected attacks in Gulf of Oman 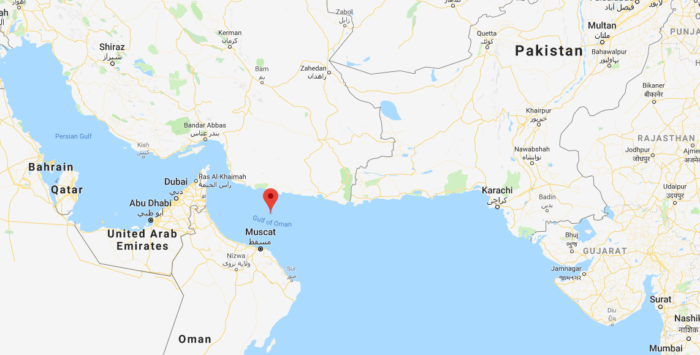 Two oil tankers were hit in a suspected attack in the Gulf of Oman on Thursday morning, increasing alarmingly oil prices, amid an ongoing tension in the Middle East. The incident comes only a month after a similar incident in which four tankers in the region were struck.

There are no many details as to what happened. The charterer, Taiwan’s CPC, said the tanker ‘Front Altair’, fully laden, was suspected of being hit by a torpedo, but the operator, Frontline, said its vessel was on fire, but did not sink.

Reports indicate that the cargoship Hyundai Dubai aided in the rescue effort.

Meanwhile, Bernhard Schulte Shipmanagement said its tanker ‘Kokuka Courageous’ was damaged in a “suspected attack” that breached the hull above the water line while on passage from Saudi Arabia to Singapore.

The crew members onboard the tankers were evacuated and two crewmen were rescued after abandoning the vessels, sources say.

The United Kingdom Maritime Trade Operations, part of the Royal Navy, announced it is investigating the incident. 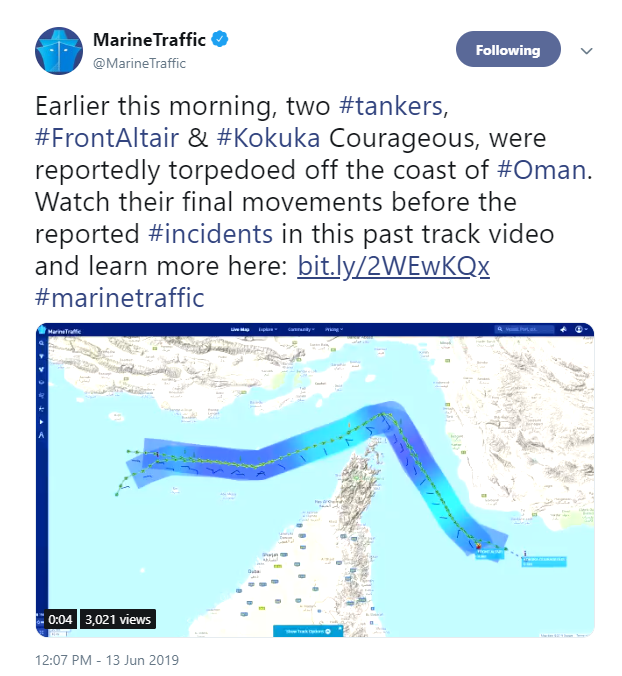 Oil prices surged by 4% after the report that has stoked tensions in the region that have already been heightened by attacks last month on Gulf oil assets amid a dispute between Iran and the US over Tehran’s nuclear program.

The Gulf of Oman lies at the entrance to the Strait of Hormuz, a major strategic waterway through which a fifth of global oil consumption passes from Middle East producers.

Meanwhile, four attacks against ships that took place within UAE territorial waters less than 12 nm from the UAE coastline in May have been a major area of concern.

Preliminary findings of the investigation into the coordinated attacks on four oil tankers, that took place in the morning hours of 12 May off the port of Fujairah, revealed that these attacks were ‘part of a sophisticated and coordinated operation carried out by an actor with significant operational capacity, most likely a state actor‘.

This was heard as Permanent Representatives to the UN of the United Arab Emirates, Norway, and Saudi Arabia briefed members of the UN Security Council on the preliminary findings of the investigation last week.