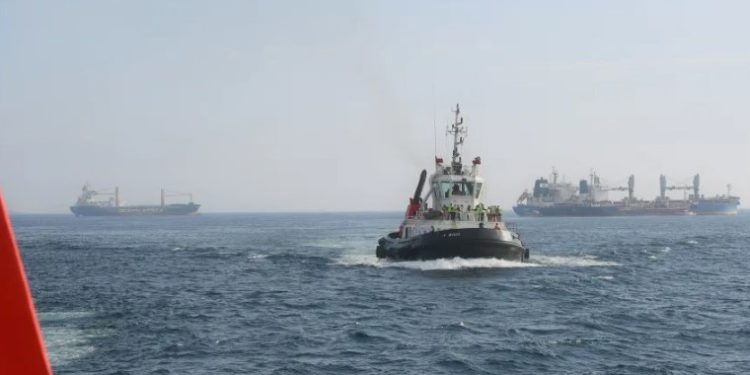 Ship-to-ship oil transfers remain suspended in Algoa Bay near Ngqurha (Port Elizabeth) as a national incident management structure strengthens its grip on containment measures of an oil spill at sea that occurred on May 23.

The oil spill in the ocean occurred while two tanker vessels belonging to the same bunkering services firm, Minerva, were conducting an oil transfer, but it has not yet been established what led to the incident.

On being alerted, the authorities launched an oil spill containment and extraction process in place, which included a suspension of ship-to-ship transfers in the period until further notice.

In the statement on Wednesday, said SAMSA/DFFE and TNPA:

With regards the expanse of the oil spread on the ocean area affected, the authorities said that the oil will not impact the Swartkops River nor (Nelson Mandela Bay) Metro beaches, but will drift eastward towards the beaches of Woody Cape.

Concerning the immediate fate of the two tankers involved in the oil spill incident, the authorities said the vessels were still alongside each other on location of the incident while a decision was being made on how best to further handle them.

Although the two tankers are still alongside each other as a preventative measure, the South African Maritime Safety Authority (SAMSA), Transnet National Ports Authority (TNPA) and the Department of Forestry, Fisheries and Environment are evaluating whether it is safe to bring the bunker tanker, MT Lefkas into port today while the motor tanker Umnenga II remain offshore in the bay until a berth is available in the Port of Ngqura