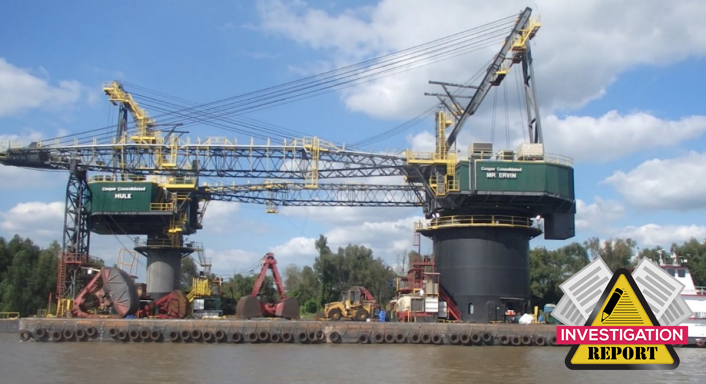 NTSB issued an investigation report on the contact of crane barge Mr Ervin, pushed by towing vessel Kristin Alexis, with Sunshine Bridge on the Lower Mississippi River, in October 2018. The investigation highlighted the incident was a result of poor voyage planning, lack of company oversight and watch turnover between the pilot and the Master.

On 12 October, 2018, about 0141 local time, the towing vessel Kristin Alexis was transiting with the crane barge Mr Ervin upbound on the Lower Mississippi River near St. James, Louisiana, when the crane struck the deck of the Sunshine Bridge while passing under the west channel span.

There was no pollution or injuries to the six crew members onboard the Kristin Alexis.

The bridge was completely closed to vehicular traffic for 49 days while repairs were made, which resulted in significant traffic impacts.

The National Transportation Safety Board determines that the probable cause of the Mr Ervin crane barge striking the Sunshine Bridge was the inadequate voyage planning and watch turnover between the captain and pilot, resulting in the pilot transiting beneath the bridge’s west span instead of its channel span.

Contributing to the accident was the lack of company oversight.

Also contributing to the accident was the charted information for the bridge used by the pilot, which did not reflect the actual vertical clearance of the west span.

As a result of its investigation, the NTSB makes the following safety recommendations:

-To the National Oceanic and Atmospheric Administration: 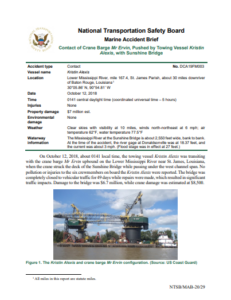