Lessons learned: Power banks should be unplugged as soon as they are fully charged

by The Editorial Team
in Uncategorized 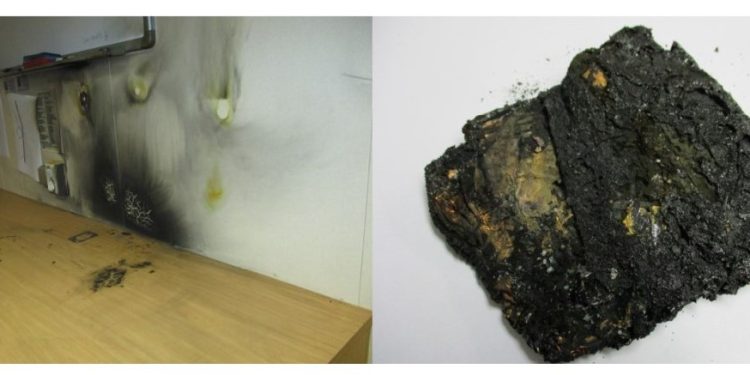 A crew member on a vessel was inside his cabin bedroom when he heard a popping sound in his dayroom. Upon investigating he noticed the USB battery bank (containing Lithium-polymer batteries) charging on the desk was on fire. He immediately smothered the power bank with nearby clothing to knock down the flames and at the same time disconnected the power bank from the mains. He then sprayed the clothing with water to remove heat and placed the whole lot in metal for removal from the room.

Damage was contained to the desk, adjacent bulkhead and deck where the battery bank rested after being extinguished. There were no injuries. The prompt action of the crew member (who was in the cabin at the time) meant that power was isolated from the USB power bank and the fire was quickly extinguished. The individual was very familiar with the company policy on personal electrical appliances.

Tanker discovers mine in its hull in Persian Gulf

whilst these devices are becoming more and more popular and are necessary for crew members who have long travel times to and from the vessel, there is no particular reason for their general or daily use onboard. There is more than enough power and electrical supply onboard for charging personal devices

IMCA proposes to control how and when these devices are charged up (as distinct from a possibly unpopular blanket ban on them). Such battery/power banks should: