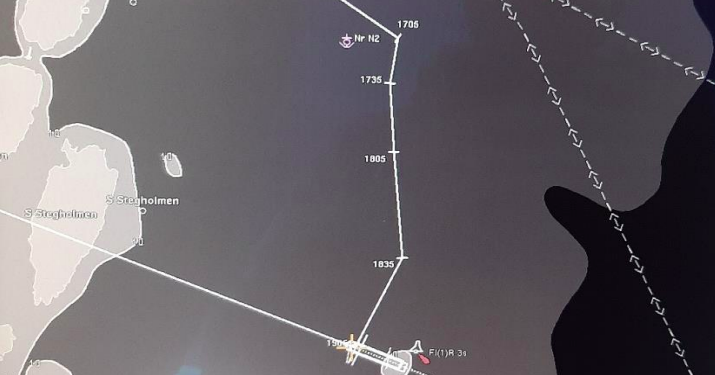 The Bahamas Maritime Authority issued a Safety Alert sharing lessons learned from a grounding involving a RoRo passenger ferry after dragging anchor. The investigation highlighted that the crew had been forced to change the plan at short notice and no appraisal was conducted to select an anchorage position.

Due to congestion at the terminal, a Bahamas registered ro-ro passenger ferry anchored in the designated anchorage outside the harbour. With gale force winds from the north, the ferry anchored with four shackles on deck in 29m of water, approximately 0.7 nm due north of a charted (and buoyed) obstruction.

Within 11 minutes of letting go the anchor, the master declared the vessel brought up and handed over to the second officer when he returned from the focsle. Unnoticed by either of them, the vessel was dragging before the master left the bridge. The second officer remained on the bridge for the next 40 minutes, occasionally checking the vessel’s position by using the radar’s variable range marker against the land to the west.

10 minutes after taking over the watch, the third officer suspected the vessel was not in position and called the master who, after a delay, requested engines and sent an anchoring party forward.

An hour later, the vessel grounded on the charted obstruction, stern first, resulting in flooding to two compartments.