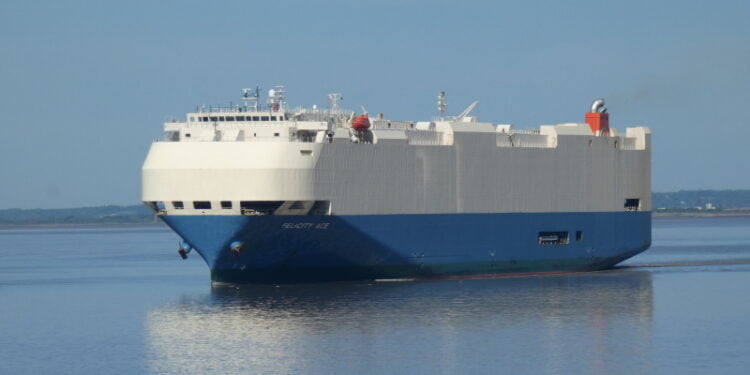 A large-scale oil spill is unlikely from the sunken Felicity Ace car carrier, according to the ship’s manager in a recent update.

Felicity Ace sank on March 1 around 220 nautical miles off the Azores nearly two weeks after suffering fire and developing starboard list. An oil slick seen at the time of the sinking has drifted as it dissipated and experts say it will soon disappear, according to MOL Ship Management.

MOL added that only a small amount of oil had surfaced as an oil film from the site of the sinking, which notes it will gradually dissipate.

However, MOL has not publicly confirmed how much oil the ship contained when it sank.

The fire on the Panama-flagged Felicity Ace started on February 16 as the ship was about 90 nm from the Azores during a voyage from Embden, Germany to the U.S. East Coast.

All 22 crew members abandoned the ship safely and were rescued, while reporting has indicated Felicity Ace was carrying around 4,000 vehicles, with the value of the cargo having been estimated to be more than $400 million.