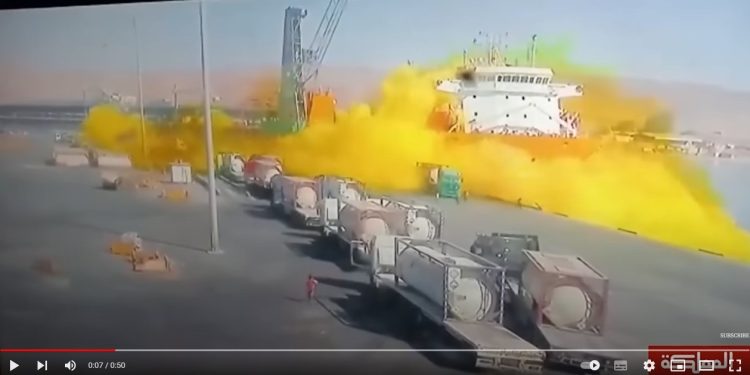 Jordan dismissed senior officials at the country’s main Red Sea port of Aqaba port after finding gross negligence behind the deaths of thirteen people following a chlorine gas leak at a major berth.

The deaths and injury of over 300 workers came after a crane loading chlorine containers onto a ship dropped one onto the quay, causing it to explode.

Jordan’s cabinet decided to fire the director general of state-owned Aqaba Company for Ports Operation & Management and other port officials after an investigation showed “negligence and major deficiencies” in safety protocols.

More specifically, Interior Minister Mazin al Farrayeh said the results of the investigation, which began shortly after the incident and includes the testimony of more than 120 people, would be handed over to the public prosecutor.

“The necessary measures for general safety in handling such dangerous hazardous materials were not taken,” Farrayeh said, adding that those responsible will be put on trial.

Commenting on these statements, unionists said the latest cabinet steps met some of their demands, but no final decision has been reached to call off further protests.

After the incident, the ITF Seafarers’ Trust has made a $55,000 emergency grant to help local unions help the families of dockers who have died or are in a serious condition as a result of the accident.

This accident should never have happened in the first place. It throws into sharp relief the safety regime at this port and raises tough questions about how dangerous loads are typically handled in the region