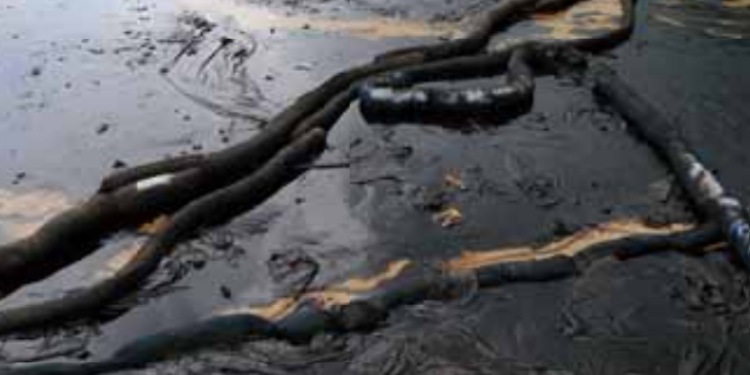 Japan P&I Club recently issued a loss prevention bulletin discussing the prevention of oil spills and how to deal with them appropriately.

When the relationship between “No. of cases” and “Insurance claims” in large claims over 10 million yen is compared, as shown in the graph below, 236 large claims occurred in total over the 10-year period, which occupies 11% of the total number of claims. 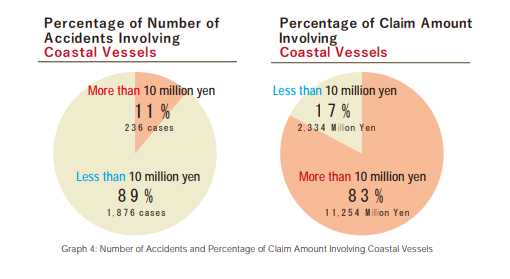 On the other hand, in terms of insurance claims, those for these 236 large claims account for 83% of the total. When compared by policy year, the insurance claims for major accidents tend to be more conspicuous.

What is more, the average claim per incident, excluding those involving crew and cargo damage was 750 million yen.

According to the club, crew accidents (11,226 cases) and cargo damage accidents (22,247 cases) accounted for 86% of the total number of accidents, and the accident rate was 166%. This means that 1.7 P&I accidents per vessel occurred annually.

When compared with coastal vessels, excluding these two and the number of condition surveys, there were 4,149 oil spills over the 10-year period in total, and accident rates (No. of accidents divided by total number of entered vessels) was 10.6%. The rate of occurrence is about 1.5 times higher than that of coastal vessels, which account for 7.0%.