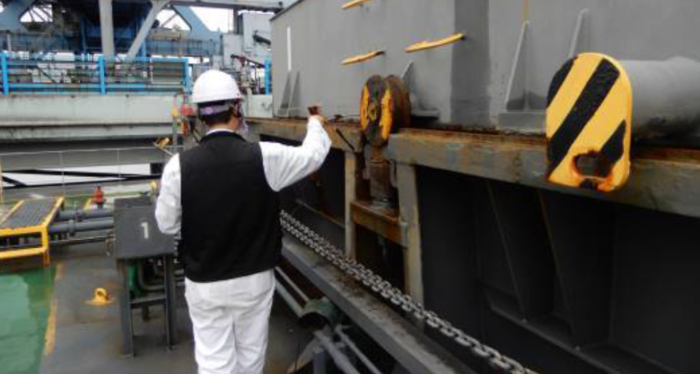 The Japan P&I Club published the results on the condition surveys that were carried out during the 2018 policy year. The aim of the survey is to maintain the standard of vessel’s management and seaworthiness above a certain level.

Japan P&I Club’s condition surveys are conducted by independent surveyors for both vessels presented for entry and already-entered vessels that have reached a certain age.

63% of the 142 entered vessels were actually surveyed. The rest of 53 vessels were not surveyed because of the ships’ schedules and the convenience of the ports of call. The surveys for the 53 vessels are planned for 2019.

For 2019, the Club is planning to survey 145 vessels, including all 53 vessels which were not surveyed in the previous year. Although it has conducted the surveys mostly in Asia, they may be arranged elsewhere as well.

The most common defects are related to:

The following graph shows the number of defects found during the surveys in 2017PY and 2018PY.

In addition, 13 ships among those to which the Club made recommendations had serious deficiencies that could cause an accident. The CLub issued defect warranties which warned of restriction of coverage to the thirteen vessels along with the recommendations. Some of the defects warranties issued are as follows:

The survey also found cases where the ship’s maintenance plan was not applied effectively or only temporary repair had been done. For example only the silicone putty or marine tape was applied to the hatch cover, while proper repair had not been done even when ship had the plan.

You may see further details in the following PDF 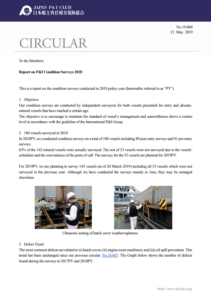