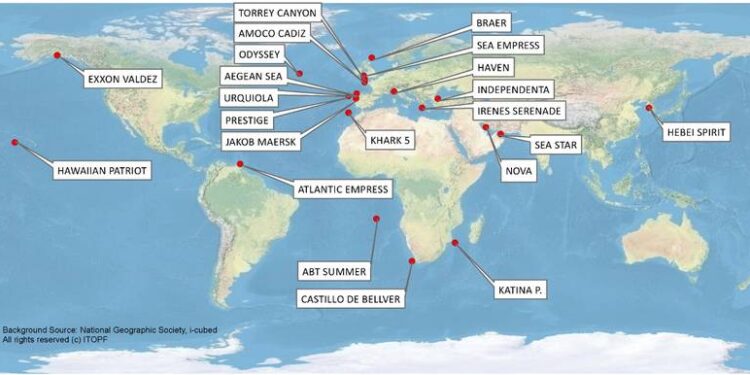 In 2016, one tanker incident which resulted in a spill of greater than 700 tonnes of gasoline and diesel was recorded in the Gulf of Mexico. ITOPF attended this incident on site and provided technical advice in support of the response on behalf of the shipowner and his insurers.

Four medium-sized spills (7-700 tonnes) of fuel oil were also reported in 2016. The first was recorded in January at a port in South America, where crude oil was spilt during loading operations. The second incident was recorded in Malaysia in August and involved marine fuel oil which was also spilt during loading operations. ITOPF provided technical advice in both cases. The remaining two, which both resulted in fires, were reported in the last quarter of the year in the USA and China.

The total amount of oil lost to the environment through tanker incidents in 2016 was approximately 6,000 tonnes, the majority of which can be attributed to the incident in the Gulf of Mexico.

The total amount of oil lost to the environment through tanker incidents in 2016 was approximately 6,000 tonnes, the majority of which can be attributed to the large spill (>700 tonnes) recorded in September.

ITOPF says that the ongoing reduction in the amount of oil spilt through accidents involving tankers is encouraging news for tanker operators and governments alike as they continue to work to improve standards of operations in sea-borne oil transportation. Today, some 99.99% of crude oil transported by sea arrives safely at its destination.