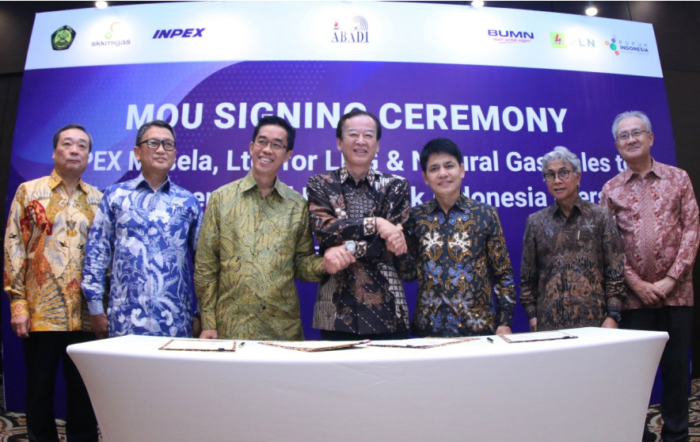 Specifically, it was reported that the MoUs were signed by the company's subsidiary Inpex Masela, and on behalf of its joint venture partner Shell Upstream Overseas Ltd, in the presence of Indonesia’s Minister for Energy and Mineral Resources Arifin Tasrif in Jakarta on February 19, 2020.

Inpex added that the discussions concerning sales and purchase agreements for the long-term LNG and natural gas supply from the project will begin now, including discussions around LNG for natural gas-fired power plants operated by PLN and natural gas – 150 million scf per day – to a coproduction plant, which will be constructed by Pupuk Indonesia.

Also, Inpex and Shell will develop Abadi, which is the first large-scale integrated LNG development project operated by Inpex in Indonesia, through an offshore production facility and a 9.5 million tonnes per annum (mmpta) onshore LNG plant, at an estimated cost of $20 billion.

It should be reminded that Inpex and Shell received approval for the Abadi LNG offshore project in July 2019.