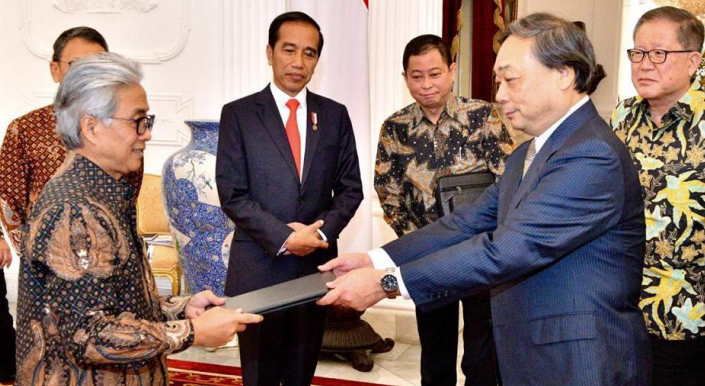 Ignasius Jonan, Minister for Energy and Mineral Resources of the Republic of Indonesia, delivered the notice of approval to INPEX, as the operator of the Project on behalf of the joint venture with Shell Upstream Overseas, on 16 July.

In addition to the revised POD, the authorities also approved the application for a seven-year additional time allocation and a 20-year extension to the Production Sharing Contract (PSC) for the Masela Block, extending the term of the PSC until 2055.

While the project’s development concept has been changed from a floating LNG scheme to an onshore LNG scheme, I am confident that the economics of the Project based on the revised POD are now sufficiently strong for INPEX and Shell given the PSC term until 2055 and sufficient financial conditions have been secured following a series of constructive discussions with the authorities,

Preparations will mainly consist of the mobilization of operational personnel and bidding-related work for the selection of contractors undertaking FEED work.

A final investment decision (FID) is subject to a series of subsequent evaluations including FEED work.

As the Joint Venture moves to the next phase of the Abadi project, we look forward to continuing our close collaboration with INPEX in delivering a globally competitive onshore LNG development that will benefit the country for decades to come,

The Abadi LNG Project is the first large-scale integrated LNG development project operated by INPEX in Indonesia and follows on from the INPEX-operated Ichthys LNG Project in Australia, one of the largest LNG projects in the world.

The Abadi gas field has one of the world’s largest resources, raising expectations of efficient development and stable LNG production operations over the long-term, particularly in eastern Indonesia.