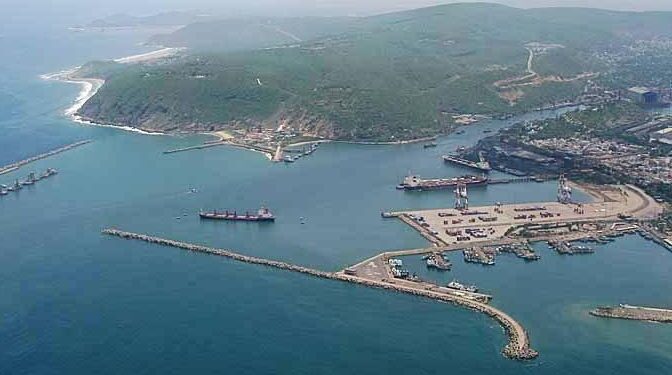 The Vizag Port in India

For the first time ever, the twelve major ports of India, under the Ministry of Shipping, have been ranked on sanitation parameters, based on the efforts undertaken by them to counter waste generating sources. While Haldia and Vizag ports bagged the first and second ranks respectively, almost all ports have achieved the benchmark for cleanliness or are well above it.

The ‘Swachhta Pakhwada’ was a major sanitation and cleanliness campaign launched by the Hon’ble Minister of Shipping, Sh. Nitin Gadakari, on the 16th of March 2017, at the Shipping House in Mumbai, and observed by all the twelve major ports. The campaign not only emphasized cleanliness and sanitation, but brought the focus on the setting up of ‘Green Ports’ for sustainable, environment friendly,  long term development of ports. The emphasis is on state-of-the art planning and implementation of an Environmental Management and Monitoring Plan or the ‘Green Plan’ in all Ports. This will be benchmarked to international standards, conventions and parameters. A consultant of repute has been appointed for this on 30th March 2017.

The assessment methodology included official interview, direct observation by the designated team from Quality Council of India and stakeholder’s interaction. The exercise was undertaken during the ‘Swachhta Pakhwada’ observed from the 16th to 31st of March 2017. Quality Council of India (QCI) was tasked to assess the Swachhata activities undertaken by all the Ports. Approximately 42,000 employees of all organizations under the  ministry participated in this cleanliness drive to make this a success. Better organizational and employee discipline to promote a drive against spitting and spilling of plastics & wastes was observed during the campaign.

All 193 lighthouses across India have been solarized and this mega drive culminated during the ‘Swachhata Pakhwada’. Clean and green energy is now used by the lighthouses, which generate 1.4 MW/hr of clean energy. Besides this an ambitious target of generating 100 MW of solar energy has been set up for the twelve major ports against which 23 MW was achieved by March 31, 2017.

Special awareness campaigns for cleaning of work place, tidying up of the office and port premises, tree plantation and beautification drives were undertaken at all Ports and other Organizations.

A common agenda was planned and implemented by all organizations to provide impetus to the program. Awards were given to departments or officers whose area/jurisdiction was found to be the most neat and clean.

Regular training was also imparted to staff to generate awareness and inculcate the importance of a clean environment. In addition, special emphasis was laid on use of technology to maintain cleanliness and hygiene at ports and the organisations under the Ministry of Shipping. Use of solid and liquid waste management, modernisation of toilets in all complexes under the Ministry, acquisition of Dust Suppression System, equipments for monitoring environmental pollution at ports , usage of bio-diesel are some of the highlights.

The campaign gave very encouraging results wherein 538 toilets and 265 office rooms were renovated; a total of 195.8 KM roads were repaired across Major Ports and others Organisations. 63696.32 tonnes of trash was disposed. Under the program of greening of Ports and office spaces, 65,498 new trees were planted.