IMSBC Code amendments: What will change for bauxite

by The Editorial Team
in Regulation, Safety, Safety Parent 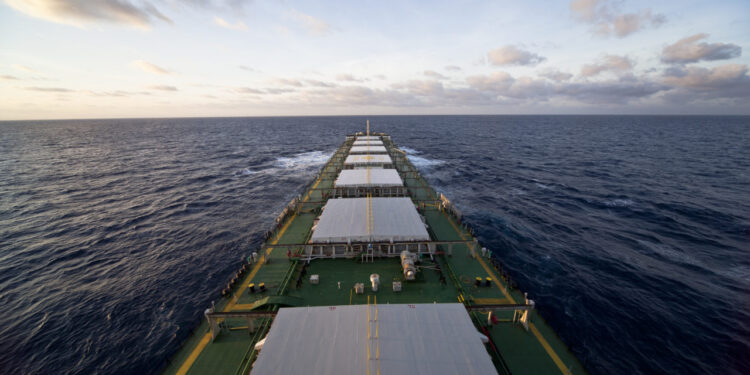 As the Amendment 05-19 of the International Maritime Solid Bulk Cargoes (IMSBC) Code is expected to come into force on 1 January 2021, BIMCO informs shipping industry what to expect regarding the changes made to “Bauxite” cargoes.

In this article, BIMCO’s focus is on bauxite cargoes and the new criteria distinguishing a bauxite cargo that may liquefy (Group A) from one that will not (Group C).

The work of the Global Bauxite Working Group culminated into the revision of the Group C bauxite schedule and a new Group A bauxite fines schedule, together with a new testing procedure developed just for bauxite cargoes.

Some notable developments in the new Amendment 05-19 of the IMSBC Code relating to bauxite cargoes are as follows:

-PSD criteria and Group A and C bauxite cargoes

A bauxite cargo will be classified as Group A if it has the following PSD formula:

The Group C bauxite cargo schedule has been revised to include the above PSD criteria.

A bauxite cargo can only be classified as Group C under any of the 4 scenarios:

-It has both of the above;

As BIMCO clarifies, the PSD is irrelevant if the shipper is able to provide the master with a certificate, in accordance with the result of the test approved by the competent authority of the port of loading, stating that the moisture of the cargo freely drains from the cargo so that the degree of saturation is not liable to reach 70% (the certificate). When such a certificate is produced, the bauxite cargo can be classified as a Group C bauxite cargo.

Even if a Group A cargo meets the PSD criteria as set out in the Group A bauxite schedule, it can still be classified as a Group C if the shipper is able to provide the master with the certificate as mentioned above.

A new testing procedure developed just for bauxite cargoes can be found in Appendix 2 (Laboratory test procedures, associated apparatus and standards) of the new Amendment 05-19. It is called the modified Proctor/Fageberg test procedure for bauxite.

This new procedure works as follows:

Even though this is a new procedure, section 8 of the IMSBC Code stipulates that it is ultimately the competent authority in the country of origin of the cargo that determines the procedure for testing of moisture content and TML of a cargo. Only in the absence of such test procedures, the Appendix 2 test procedures as appropriate for the cargo in question are recommended.