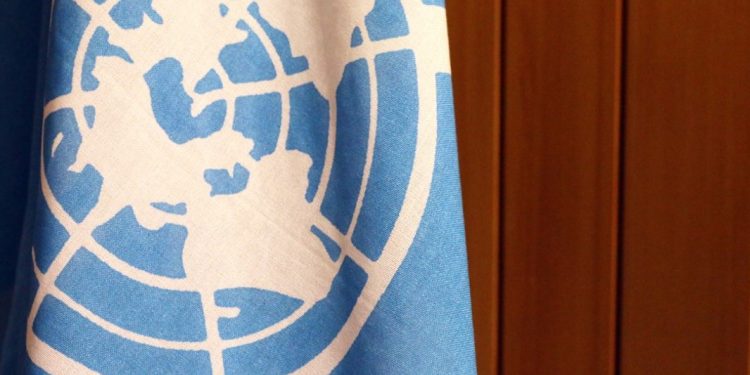 Resolution MSC.495(105): Actions to facilitate the urgent evacuation of seafarers from the war zone area in and around the Black Sea and the Sea of Azov as a result of the Russian Federation aggression against Ukraine.

#2 underscored the paramount importance of preserving the safety and welfare of seafarers and urged Member States and observer organizations to provide maximum assistance to seafarers caught up in the conflict,

#3 underscored the need to preserve the security of international shipping and the maritime community, and the supply chains that sustain other nations, as well as supply chains providing necessary food and medicines to the people of Ukraine,

#4 recalled the statement of the Secretary-General of 26 February 2022 which expressed his grave concern regarding the spill over effects of the military action in Ukraine on global shipping, and logistics and supply chains, in particular the impacts on the delivery of commodities and food to developing nations and the impacts on energy supplies; and highlighted that ships, seafarers and port workers engaged in legitimate trade should not be collateral victims in the political and military crisis,

#5 underlined that ships should be allowed to sail from the ports of Ukraine at the earliest opportunity without threat of attack; and that for those ships that cannot leave immediately, or where it would be unsafe to do so due to the presence of sea mines or other hazards, humanitarian corridors be set up that enable the safety of seafarers by allowing them to leave the conflict zone and return home, as appropriate,

#6 invited the Secretary-General to collaborate with the relevant parties and take necessary immediate actions to initiate the establishment and support the implementation of a blue safe maritime corridor in the Black Sea and the Sea of Azov and keep Member States informed of developments, and to report to a future session of the Council,

#7 condemned any form of harassment of seafarers due to their nationality and underlined that seafarers affected by the conflict should be allowed free access to communications with their families,

being deeply concerned by the impact of the Russian Federation aggression against Ukraine on the safety and welfare of seafarers, including their mental health and that of their families,

bearing in mind the impact of the Russian Federation aggression against Ukraine on the safety and security of navigation and the integrity of global supply chains, given that nearly all of Ukraine’s grain exports are carried out through seaports on the Black Sea and the Sea of Azov where the Russian Federation naval blockade and shelling of ships and port infrastructure prevents commercial ships, including some loaded with grain and other agriculture commodities, from leaving the ports, as noted in the recent reports by UNCTAD and the decision of the International Grains Council of 6 April 2022,

being gravely concerned by the number of ships and seafarers currently stranded in the Black Sea and Sea of Azov region and unable to leave the area safety, the collateral damage to many merchant ships and the tragic injuries and deaths of seafarers as a result of the Russian Federation aggression against Ukraine,

being alarmed by reports that seafarers in some Ukrainian ports no longer have secure access to fresh food, water and medical supplies as a result of the Russian Federation aggression against Ukraine,

being further alarmed by the reports of illegal seizure and detention of civilian ships, including SAR ships, and their crews, all of which enjoy special protection under international humanitarian law,

noting that the Secretary-General and the Director-General of the International Labour Organization (ILO), have jointly written to the Heads of the International Committee of the Red Cross (ICRC) and Médecins Sans Frontières (MSF); and to the United Nations High Commissioner for Refugees (UNHCR), to request urgent action wherever feasible to assist in the reprovisioning of the ships concerned with the vital supplies needed by their seafarers,

#1 thanks the Secretary-General for taking action to promote the establishment of a Blue Safe Corridor and to facilitate dialogue with key stakeholders to support the safety and security of seafarers, merchant shipping, the marine environment and global supply chains;

#2 requests the Secretary-General to continue to use his good offices to secure the assistance of international humanitarian bodies  such as the International Committee of the Red Cross (ICRC), United Nations Office for the Coordination of Humanitarian Affairs (OCHA) and United Nations High Commissioner for Refugees (UNHCR) to provide, as a matter of urgency, humanitarian support to seafarers stranded in Ukrainian ports and to assist in their safe and expeditious evacuation; from the zone of hostilities;

#3 also requests that, in this regard, the Secretary-General continue to examine the establishment of other corridors for the continued safe and expeditious evacuation of seafarers and ships from the zone of hostilities;

#4 further requests that the Secretary-General continue to provide regular updates on the impact of the Russian Federation aggression against Ukraine on international shipping and the wellbeing of seafarers;

#5 calls on the Russian Federation to immediately and unconditionally cease its aggression against Ukraine, withdraw its troops from the region, including Ukraine’s territorial waters, as well as refrain from taking steps in furtherance of the military operations, which affect the evacuation of commercial ships and seafarers from the war zones;

#6 urges Member States to raise concerns regarding the collateral impact of the Russian Federation aggression against Ukraine on seafarers, port workers, safety and security of navigation, global supply chains and food security at the United Nations General Assembly and other United Nations Specialized Agencies, and request those bodies to seek a solution to alleviate these critical concerns, aiming to contribute to a peaceful solution.