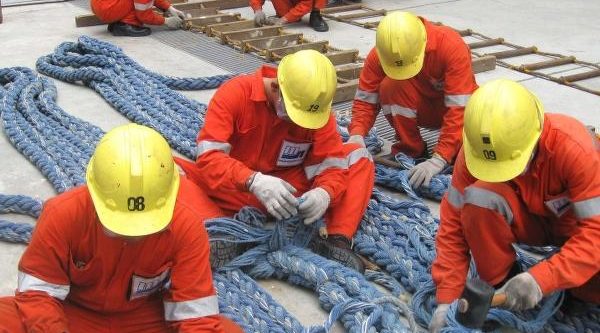 Just under 500 seafarers remain sheltered awaiting evacuation onboard 109 ships at Ukrainian ports in the Black Sea and the Sea of Azov, down from 2,000 six weeks ago.

Three quarters of the seafarers trapped in Ukrainian ports have now been evacuated from their stranded vessels, according to new data gathered by the International Chamber of Shipping, collated in association with the IMO.

Today the IMO adopted a resolution on actions to facilitate the urgent evacuation of seafarers, while U.N. Secretary General Antonio Guterres yesterday called for an escape route from the Mariupol ‘apocalypse’.

ICS is urging the preservation of humanitarian corridors, until all remaining seafarers have been safely evacuated. The remaining 500 seafarers account for skeleton crews who remained on board to allow their fellow crew mates to be evacuated.

According to ICS, 1,500 seafarers have been safely evacuated from stranded vessels via humanitarian corridors on land and at sea. These corridors comprised of evacuation flights and buses from ports, organised by the maritime labour supply states of those affected. Some of the 1,500 are awaiting their further transfer from shore locations in Ukraine, and many have been fully repatriated home.

The International Labour Organization (ILO), the IMO, UNHCR and humanitarian organisations have coordinated deliveries of food, water, and medicines to remaining crew. While some supplies have reached the intended recipients, delivering aid continues to be extremely difficult, particularly in high-risk areas.

Vessels are stuck in:

The affected seafarers, both the evacuated and those who remain onboard, are from 27 different countries, with the largest number from the Philippines and India. Other affected seafarer nationalities include Ukrainian, Russian, Chinese, Danish, Greek, and Turkish.