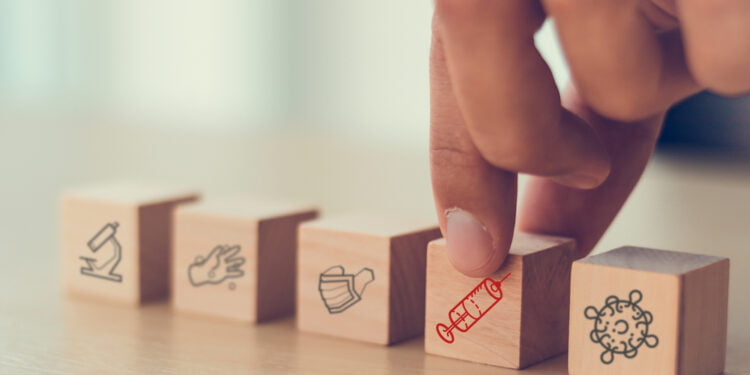 ICS, alongside other business organisations, is joining WTO Ministers from across the world in Geneva, aiming to deliver concrete results at the organisation’s upcoming 12th Ministerial Conference (MC12).

This Dialogue will serve as an opportunity for senior government officials and industry to exchange views on critical issues and challenges confronting the Multilateral Trading System, in the context of recent developments impacting the global economy, including the ongoing conflict in Ukraine, global energy crises and recovery from COVID-19.

The new Shipping Policy Principles strengthen the shipping industry’s commitment to the maintenance of a rules-based global trading system and a global regulatory framework which embraces open markets and fair competition; plus strict adherence to internationally adopted standards.

ICS outlines ten ‘Policy Priorities’ and complementary ‘Calls to Action’ by governments in critical policy areas, to help support  efficiency of the global maritime transport system which carries about 90% of world trade, the majority which now serves the economies of developing countries.

#1 Strive for a forward looking, rules-based multilateral trading system based on global co-operation

In the collective best interest of all national economies, many of which will remain fragile during the pandemic recovery, the shipping industry calls on governments to continue to support the WTO and its functions which help to maintain the efficient operation of global trade, which shipping exists to facilitate.

ICS strongly supports initiatives such as informal exploratory discussions by WTO Member States, that would lead to a resumption of full negotiations on trade in services including maritime transport services, as well as resuming multilateral negotiations as a whole.

Governments are encouraged to ensure that bilateral agreements, regional agreements, as well as national and regional trade regulations and policies – including those which relate to maritime transport services – do not deviate from or conflict with their current national schedules of commitments, as agreed within the framework of the WTO.

#4 Maintain the authority of IMO as the industry’s global regulator, including the development of further measures to minimise environmental impacts

In the absence of global rules, in addition to compromising delivery of environmental policy objectives, the operation of shipping would descend into chaos and inefficiency, seriously interfering with the smooth operation of global supply chains and the ‘just in time’ economy which maritime transport facilitates.

#5 Support the ambitious revision of the IMO GHG Strategy for the decarbonisation of shipping, including a net zero target for 2050 and a global, levy-based carbon price to expedite the transition

Governments need to acknowledge that the most pressing and immediate priority is to support a rapid acceleration of research and development of zero-carbon technologies, as these do not yet exist in a form or scale that can be applied to international shipping, especially for large ships on trans-oceanic voyages. Unless commercially viable zero-carbon ships start to appear on the market in the 2030s, it is difficult to see how even the current IMO GHG reduction target for 2050 can realistically be achieved without fundamentally damaging the ability of the world economy to conduct efficient maritime trade.

#6 Adhere to established principles of international shipping policy, including proportionate use of subsidies in support of pandemic recovery

Some long-established core principles of global shipping policy that should be adhered to by governments, including principles enunciated by the Organization for Economic Co-operation and Development (OECD), are reiterated by ICS. These principles cover, inter alia, support for global rules over unilateral regulatory initiatives, the need for free and fair competition, implementation and enforcement of global rules, support for global maritime labour standards, equitable treatment in shipping agreements, the need for consultations among governments, policy with respect to maritime auxiliary services and intermodal transport, as well as competition and taxation policy.

Governments in major shipbuilding nations are urged to address the issue of reducing chronic overcapacity in the shipbuilding sector which has serious implications for the long term economic sustainability of the global shipping industry.

With respect to maritime employment standards, governments must acknowledge the leading role of the International Labour Organization (ILO) and the obligations of State Parties under the Maritime Labour Convention, 2006 (ILO MLC). In particular, this includes the obligation of governments and relevant
agencies to facilitate ships’ crew changes and the repatriation of seafarers, which is vital to allow shipping to operate safely and efficiently.

Co-operation between governments and industry in the development of transformative digitalisation strategies will be critical during the pandemic period to ensure that momentum is not lost. As well as improving the efficiency of maritime transport, this will enable governments to take full advantage of optimised maritime digital platforms, covering areas such as port clearance procedures, exchange of information (e.g. cargo data and certificates), trade documentation and operations.

Actions taken by governments during the pandemic, and the failure of many governments to meet their obligations under international law, especially with regard to facilitating crew changes, has demonstrated the lack of adequate co-ordination between government shipping ministries and those non-maritime agencies whose decisions can have a significant impact on international ship operations and the functioning of global supply chains. This is despite the numerous recommendations with respect to responding to the COVID-19 pandemic, to which governments have agreed in their capacity as IMO and ILO Member States.

There have been a number of developments which have further emphasised the need for WTO and industry collaboration this past year. ICS and the WTO, as the facilitators of free trade throughout the world, are united on many issues but none more so than our shared values and principles of open and unimpeded access to international markets