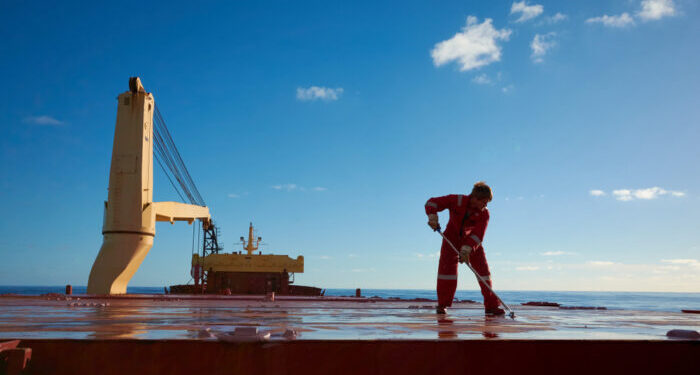 Amid the COVID-19 crisis and the crew change issue that has arise, ICS, ITUC and ITF joined their forces and wrote a letter to the UN Secretary General in order to facilitate seafarers’ transportation.

As the letter noted:

“There are now over 200,000 seafarers onboard vessels worldwide who have completed their contractual tour of duty, but have been prevented from returning home. Many of these seafarers will be experiencing adverse effects on their mental health and reduced ability to safely perform their roles in the face of increasing fatigue.

Additionally, stringent restrictions imposed by many countries, including denial of shore leave and access to essential medical assistance, is contributing to fatigue and exhaustion. We are concerned about suicide and self-harm amongst this vulnerable population of workers.”

What is more, the letter marks the responsibility of governments to designate seafarers as key workers and resolve this issue.

Since the beginning of the pandemic, the well-being and safety of the seafarers has been shipping companies’ first priority.

Although it has been made a progress and limited numbers of crew changes have occurred, there is an emerge need to boost the speed and scale at which national governments adopt the crew change protocols.

Every day that governments fail to adopt these protocols, and fail to enable crew changes, they neglect to recognise the sacrifice made by seafarers on behalf of their populations.Time is running out. We ask action be taken immediately, ahead of 16 June 2020 – the final agreed deadline to implement crew changes for our seafarers.

See the full letter to the UN Secretary General herebelow 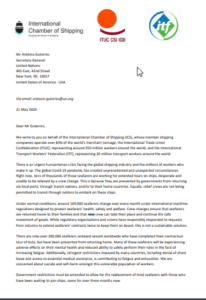