by The Editorial Team
in Opinions, Sustainability 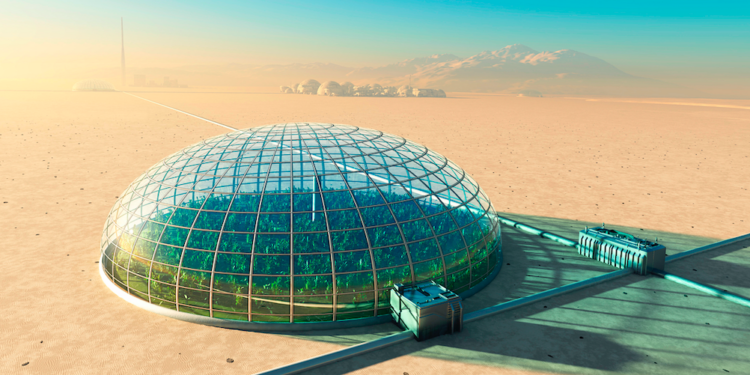 During Q2, we saw climate change to continue playing a big role in the latest global business trends. Advances in technology,  supported by economic policies around the world, are changing investment priorities – faster than anyone could have predicted.


We noticed signals of just how big the financial exposure represented by climate change could grow. We saw the value of climate data. And we saw which industries are thriving in this uncertain, ever-changing business environment.

That’s 1.8% of all of the financial assets in the world, valued at $143T, according to the global regulators of the Financial Stability Board. These losses would be realized through the reduced earnings of those directly affected by climate change as well as the destruction of assets by increasingly frequent extreme weather events.

Does that forecast sound stark and apocalyptic? Yes, but it might actually be optimistic. Researchers at the London School of Economics predict worst-case scenario losses reaching as high as $24T, or a whopping 16.9% of global financial assets.

Professor Simon Dietz, the study’s lead author, says that the financial sector is on board with keeping climate change under the 2C danger limit, but is not fully aware of all climate change risks. Dietz says the conclusion from the study “suggests to long-term investors that we are better off in a low-carbon world.” Some major investors such as Norway’s sovereign wealth fund – the world’s largest – have already begun selling off high-carbon stocks such as those belonging to coal companies.

Perhaps reflecting  these macro-level risk projections, the financial impact of climate risk has also started creeping into the annual reports of public companies. Financial reports and other regulatory filings, for all listed companies, may soon tell you how climate-related risks could hit their bottom if the plans recently unveiled by the G20’s Financial Stability Board are adopted.

New disclosures specific to climate change risks would highlight how companies are exposed to the impacts of climate change. These disclosures would inform investors and other interested parties of new or increased risks companies face from potential physical threats like floods and other extreme weather events. They would also point out new liability risks, which could arise if an asset manager has large holdings in fossil fuel companies that are hit by curbs on greenhouse gas emissions. By making these disclosures, companies may avoid clashes with their shareholders, a lesson that Exxon Mobil may now be learning since their disclosures on climate change risks are being investigated.

The Earth’s climate is so vastly complex. Understanding the risks of climate change and proposing a plan to address them is the job of data science. And scientists have articulated that they need more credible and relevant information to help us become more resilient to the climate changes that are surely coming.

There’s no doubt that the climate change that we’ve caused has brought on  more frequent and intense extremes, worldwide, in both daily temperatures and rainfall events. However, the risks of unusual weather events such as floods, droughts, and heat waves have changed differently in different parts of the world. We need more research before we can understand just how communities are affected by climate change.

Better ways of modeling and analyzing climate change are coming, and soon. Professor Peter Stott, who leads the Climate Monitoring and Attribution team at the Met Office, believes that “there is the potential for improvement in our ability to attribute extreme weather events within the next year or two.”

Moreover, if she’s elected president, Hillary Clinton intends to equip the White House with a situation room just for climate change. White House Chief of Staff John Podesta said that this would give us “some sense of the imagination, the scale of ambition that one needs to be able to think about what’s happening in the oceans, on land, in Alaska, in the Arctic, to be able to envision what’s necessary to prepare the public, the economy for the challenges that are going to face us.”

The need for better data has already enticed private industry to act. It’s not only about the social mission, but promising business opportunities are emerging in providing the data that helps us make the right decisions.

If we adopt these advances in technology, damage to insured homes can fall by as much as 60%, according to a report from the Boston Consulting Group aimed at the insurance industry and published in The Economist.

However, these opportunities extend beyond the insurance industry.  In April, at the Space 2.0 Summit, Chris Biddy, the CEO of Astro Digital, pointed out that agriculture faces a formidable challenge regarding climate change too. Vegetation depends on the weather, and one tree can represent as much as $10K on a company’s balance sheet.

Panasonic says it has developed the world’s best weather model. While forecasting has traditionally been seen as a government function, the private weather forecasting industry has been growing, and has reached an estimated size approaching $6B.

Companies in the private weather forecasting industry largely repackage the model forecasts and data they receive from the government agencies, but that’s changing too. The model created by Panasonic Weather Solutions in 2008 has not only outperformed the most popular – GFS – model, but has also become competitive with the gold-standard ECMWF model, and actually started outperforming the ECMWF model late last year.

What gives the Panasonic model its advantage? The model collects its extensive data from airplanes, and gathers its weather information, in-situ, to prevent icing and other potentially dangerous flight conditions.

The amount of data is growing as Panasonic adds more planes at a rate of two to three per week. It originally planned to sell this weather data to the major government meteorological centers, and the company does do that. However, Panasonic found that by keeping some of the highest resolution data to itself, it could create a competitive global forecast model.

Renewable energy – Paving the way for others

The energy industry has shouldered much of the blame for climate change. This fact has helped to introduce favorable policies and subsidies to facilitate the development of renewable energy production.

Renewable energy has been around for a long time, but its growth has multiplied during recent years. Coupled with advancing technology, we are on the cusp of seeing renewables  become the main source of energy in many countries.

Last year, a new record for the capacity of renewable energy was set.  According to the International Renewable Energy Agency, renewable generation capacity increased by 152GW, or 8.3% during 2015. This represents the highest annual growth rate on record. The U.S. solar market is set to grow a staggering 119% in 2016.

The U.S. and Mexico committed to joining Canada in boosting their use of wind, solar and other carbon-free sources of electricity, generating at least half of their energy from clean sources by 2025.

Germany’s RWE, E.On and Siemens signed an open letter, alongside Norwegian oil firm Statoil, Sweden’s Vattenfall and General Electric of the United States, saying they can produce electricity for less than $90.80 per MW/h per project by 2025. This would make offshore wind as cheap as gas and coal within a decade.

Also, a recent Vox article shows that China has taken the lead in shifting from carbon-based power to renewables. With these shifts towards renewable energy, the days of coal and gas may be numbered. Bloomberg concluded that coal and gas will begin their terminal decline in less than a decade.

Beyond renewables and weather

Renewable energy has proven to be a catalyst , not only in generating clean power but also in creating new business. The changing nature of power production and distribution creates new needs, and Planet OS is a good example of a company poised to help the world meet them. Our recently launched Powerboard helps to improve renewable energy production. The Planet OS DataHub makes it easy to feed weather, climate and other data into any third-party software application.

The market in this field keeps growing hotter. In May, Oracle acquired Opower for $532M. Opower provides cloud data solutions for the utility industries. It’s a limited but lucrative market, and Opower counts over 100 utility companies from around the world as its customers. Opower gathers data from utilities like PG&E, Exelon and National Grid. The company stores and analyzes over 60oB meter reads from 60M utility customers via its cloud service. This data lets their subscribers stay ahead of customer and regulatory requirements and find greater efficiencies.

These new opportunities go beyond renewable energy. The whole carbon-based energy industry is turning its head towards software and data. AutoGrid, a company doing data analytics for utilities, raised another $20M in May. And the newest software technologies, like Blockchain, are being adopted by the energy industry very quickly.

In a world where climate change is exposing us to new and harsh realities every day, we see the opportunities to adopt new technologies and to embrace the growth of renewables. In fact, the world is doing just that, faster than we could have predicted. In this world of technologies that are rapidly advancing and investment priorities that are quickly converging with the climate’s best interests, we find hope that the gloomiest predictions regarding the effects of climate change on the economy may not come to pass.

Written by Kalle Kägi, COO and Co-Founder of Planet OS

Above article has been initially published at  Planet OS website  and it is reproduced here with author’s kind permission. Thi is the second issue in the series of Planet OS Market Highlights. The inaugural issue can be read here.

About Kalle Kägi, COO and Co-Founder of Planet OS

Kalle Kägi is the COO and Co-Founder of Planet OS, a geospatial data infrastructure company. He has been working on geospatial data-related hardware and software for nearly 10 years. One of his roles in Planet OS is to keep an eye on the latest trends in the Geospatial IoT market. You can reach Kalle via @kallekagi on Twitter, or [email protected].