by The Editorial Team
in Pollution, Smart 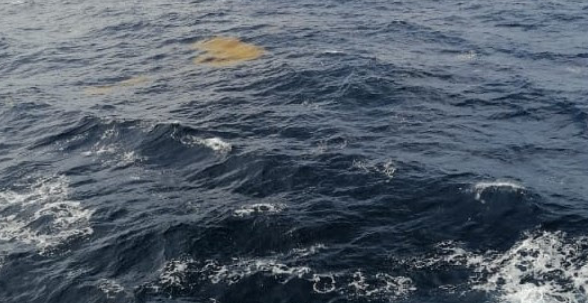 The not-for-profit organisation Eyesea has successfully tested its pollution-mapping app on ocean-going vessels, when proof-of-concept readings using the prototype app were taken last month by crew members of an Oldendorff Carriers vessel near Florida, and seafarers manning a Union Marine Management Services (UMMS) vessel off the coast of Guinea-Bissau and Senegal.

Launched in December 2020, Eyesea uses technology and the support of seafarers, ship owners, managers and maritime professionals to collect and process oceanic pollution data. The data is used to build detailed maps and charts available free of charge to governments, clean-up groups, researchers, local authorities and a range of other stakeholders, enabling them to take targeted clean-up action and make evidence-based policy decisions.

The successful tests by Oldendorff Carriers and UMMS show how easy it is for seafarers to help us accurately map global pollution by capturing observational data in the form of GPS-stamped pictures via our app. It literally takes less than 30 seconds to record a point of interest with the app. It’s now a case of scaling up by route and building up the data so we can start producing the detailed maps and charts that will support targeted clean-up action and allow for evidence-based policy decisions,

Eyesea is now stepping up trials ahead of a further roll-out later this year. Testing of the Eyesea app is now being extended to a wider range of commercial vessels covering more trade routes.