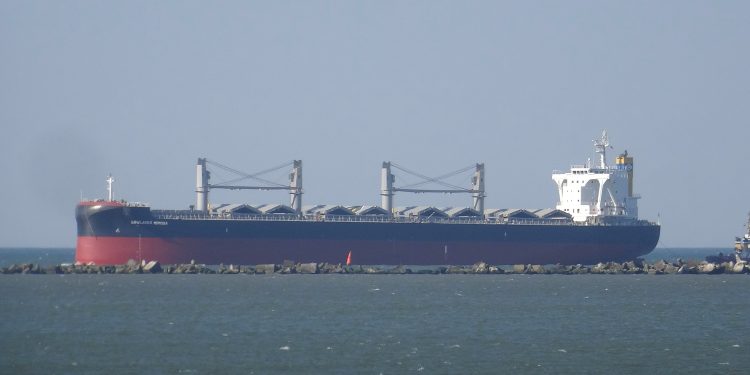 Fire broke out on Juned 23 in the cargo hold of the bulk carrier Lowlands Mimosa, at Ghent.

According to information, the fire started while the ship was  loading scrap at the Sifferdok in Oostakker, Ghent Belgium.

After the incident, fire engines and teams were deployed, while the fire has not been extinguished completely.

No injures reported and extent of damages on the ship is unknown.

In a similar incident, fire broke out onboard the passenger ro-ro ship Andros Queen as it was undergoing repairs at Perama Ship Repair Yard, Piraeus.

The passenger suffered fire in the morning of June 21 at Perama Ship Repair Yard, Piraeus, in aft area, probably in engine room.

The fire was extinguished by joint efforts of 2 SAR ships, 5 fire engines and crew.

No injuries were reported, while the extent of damages unknown.