by The Editorial Team
in Maritime Software, Smart

The Danish Maritime Authority attended the stage at the International Maritime Organization in London to present their project on digital certificates for seafarers. The Authority’s representatives noted that while the digitalization of certificates for seafarers is in great progress, they are now initiating a proof of concept-project to demonstrate how it will function in practice.

As shown below, the vision of digital certificates for seafarers holds great potential and many aspects. 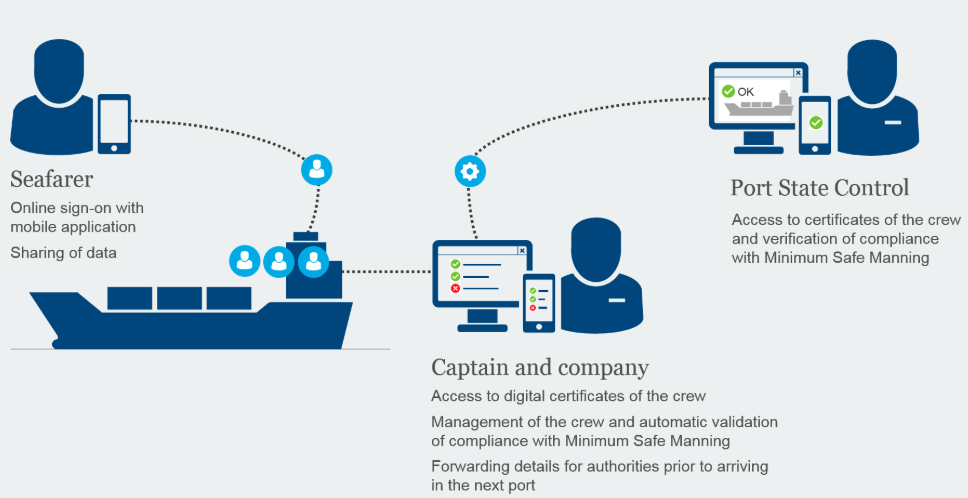 In other words how it works:

The seafarer will be able to sign-on with a mobile application and also share data. Then, the captain and the company will have access to digital certificates of the crew.

Also, both the captain and the company will have the ability to manage the crew and automatically proceed to validation of compliance with Minimum Safe Manning and forward details for authorities prior to arriving in the next port.

In the meantime, the Port State Control will have access to certificates of the crew and verification of compliance with Minimum Safe Manning.

According to the Danish Maritime Authority

International cooperation is key to succeeding, which is why we hope for a great interest in our project from all stakeholders.