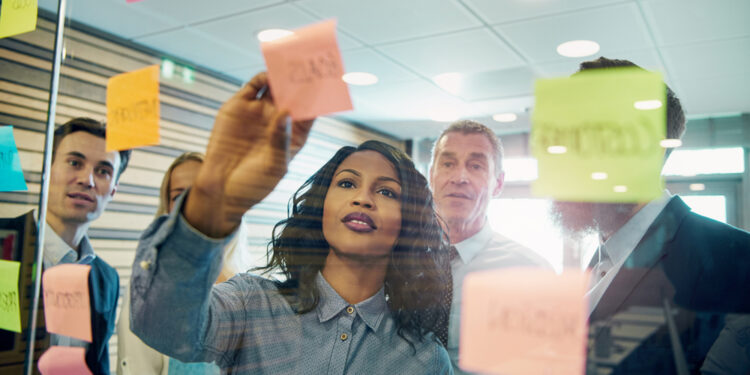 Shipping industry is considered stereotypically as a male-dominated sector. However, during the last couple of years it is observed that women in shipping have started gaining momentum. In fact, a lot of companies focus on several initiatives with the aim to equip women with leadership skills within their businesses.

According to IMO, currently, women represent only 2% of the world’s 1.2 million seafarers while 94% of female seafarers are working in the cruise industry. Although the industry moves forward and supports women to achieve a representation that is in keeping with twenty-first century expectations. Some of such cases are highlighted above:

Dr. Cleopatra Doumbia-Henry became the first woman President and the first from a developing country of the World Maritime University (WMU), a university established within the framework of the IMO. As the Chief Executive Officer of WMU, she oversees and directs the operations and administration of the University, positioning it as the global centre of excellence in maritime and ocean education, research and capacity building, taking on board the UN SDGs.

The role of education in attracting more women at sea

We are an in era of immense change and any institution or company that does not invite diversity and support the potential contribution and leadership of qualified women will be left behind.

BIMCO elected Sabrina Chao of Wah Kwong Shipping Holdings Limited as President at the organisation’s online general meeting on Thursday 20 May 2021. Namely, Sabrina Chao takes over as the 45th President of BIMCO, the fifth President to be based in Asia and the third to be based in Hong Kong. She takes over from Şadan Kaptanoğlu, managing director of Kaptanoglu Shipping, who has completed her two-year term.

Over the next two years, one of my key priorities is to use this opportunity to help increase awareness of our industry and our seafarers. The pandemic has exposed the lack of knowledge by policymakers about the important role we play in society, causing inaction when it comes to solving urgent issues including the crew change crisis and piracy. We need to keep raising our voice outside of our industry

#3 Marwa Elselehdar, the first woman to work as a sea captain

Marwa Elselehdar has become the first woman to work as a sea captain in Egypt. Specifically, she submitted an application to join and was eventually accepted, becoming the first Egyptian woman to study in this department. The president called for research in maritime law to verify the possibility of issuing a captain’s license to her, since it was the first case of its kind. After making sure that the law did not pose restrictions, examinations took place. Elselehdar passed the physical and medical tests, as well as personal interviews, and she joined the department.

I faced difficulties in adapting, especially during the first year, but the encouragement from those around me — and my own ability to believe in my dream — helped me overcome these challenges

The all-women crew of Swarna Krishna created history, since this is the first time in the world maritime history that a ship is being sailed by all women officers. The All Women Officers’ Sailing is an attempt to acknowledge the tremendous efforts by women and girls around the world in shaping an equal future and recovery from the COVID-19 pandemic, while celebrating the many accomplishments by the women in breaking down the stereotypes in this erstwhile male dominated field.

JAXPORT offers available berth to ease congestion at US ports