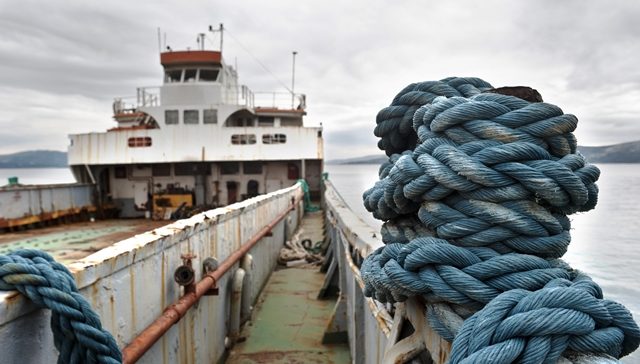 Mooring and unmooring operations provide the circumstances for potentially serious accidents. There is no doubt that, this duty requires a good technique initially in lifting the heavy eye of the rope, followed by a good pulling technique. Care must be taken, therefore with the laying out of heavy mooring ropes and wire ropes/hawsers.

Seafarers involved in mooring operations should be given additional instruction on the specific equipment and mooring configurations used on the vessel. This should include (but may not be limited to):

Crew should make sure that there are enough manpower available to do the task safely. Personnel should never stand in the bight of a rope or near a rope under tension, and they should treat ropes on drums and bollards with the utmost care.

Detailed familiarization should be take place to all new joining seafarers regarding the installation, use and hazards related to permanent and loose mooring equipment. Based on the risk assessment, appropriate control measures should be put in place.

An officer-in-charge of the forward mooring party on board an LNG tanker suffered severe head injuries when he was struck by a mooring rope that parted during a berthing operation at an LNG terminal.  Officer was injured because he was standing in the snap-back zone of the spring line when it parted. The area where he was standing was designated as a safe area; this was because a thorough snap back assessment had not been carried out by the vessel operator and there was a perception that high modulus polyethylene ropes did not recoil on failure. The spring line parted due to tensile overload even though the load being applied to the line at the time was less than a quarter of its specified minimum breaking load. The predominant cause of the rope’s loss of strength was found to be axial compression fatigue.

Actions to be taken during mooring and unmooring operations,

SQE MARINE has developed a sample of toolbox meeting in order to be used as guidance on board.

In addition, OCIMF  has recently released the fourth edition of its Mooring Equipment Guidelines (MEG4) , an industry publication for the safe mooring of tankers and gas carriers at terminals, providing clear and concise guidance for ship and terminal designers, ship operators and mooring line manufacturers on safe mooring system design, with an emphasis on the safety of ship and terminal personnel.