Near-miss reporting and Stop Work Authority: The pillars of safety 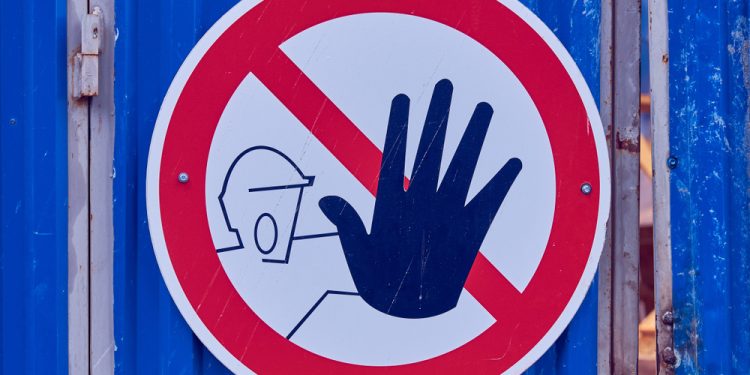 A near-miss management system in shipping oﬀers one of the most valuable instruments for improving safety onboard seagoing ships. But according to a paper published in 2020, having surveyed 250 participants, near-miss reporting can be inadequate, and several barriers limit appropriate near-miss reporting.

Probably the most important result of the survey is that 95.5% of seafarers consider that near-misses should be reported, but only 38.5% report each observed near-miss. This conﬁrms the existence of reporting barriers among seafarers.

How to create a successful near-miss reporting

#1 Commitment. If the company is not committed to promote reporting, it is not likely that reporting is carried out on ships either. Some ways to show commitment include, for example, the allocation of adequate resources for carrying out, processing and analyzing the reports, maintaining good communication within the company and tackling problems concerning reporting if there appears to be any.

#2 Feedback. If employees do not receive feedback concerning their reports, they become frustrated and feel that the system is of no use. Those who make reports should be actively asked to recommend improvements for the prevention of the event in the future. This benefits the feeling of involvement, competence and participation and it also helps to create improvements that are practical to implement. Sharing feedback in the regular meetings seems to be an effective way to give feedback on the reports and to share experiences.

#3 No-blame culture. If an employee fears that he/she will be accused or ridiculed after the incident, it is unlikely that he/she will make a report. One part of no-blame culture is to not trivialize received reports. It is very important to consciously become aware of that the purpose of incident reporting is to learn from mistakes and incidents at the organizational level. Everybody makes mistakes. The no-blame culture is important both at company level and at ship level.

#5 Awareness and commitment. Creating safety awareness not only supports a good reporting culture, but it also raises the safety level onboard in other aspects. If crew members are not aware of safety issues, they see, for instance, near misses as a normal part of the job and are not likely to take procedures to avoid them.

#6 Training. Training is needed, for example, to define what is considered as a near miss or an incident that needs to be reported, to familiarize the crew with the reporting system, to communicate the importance of incident reporting and to raise safety awareness.

#7 Easy-to-use system. The reporting form should not be excessively complicated or difficult and time-consuming to fill in. If a majority of reports are made openly, additional information can be asked afterwards if necessary.

#8 Anonymity. If there is a no-blame culture within the company, people feel safe to report using their own name, but it is also good to have the possibility to report anonymously in order to bring out cases, which cannot be reported openly for some reason. For a shared reporting system, it is important that anonymity is guaranteed in the processing of a report, although reporting in itself cannot be performed anonymously.

How to prevent near misses

The SWA gives the crewmembers the responsibility and obligation to intervene and stop work if they see something unsafe that may cause an accident.

The 5 steps of SWA

Be confident, speak up!

Even though all crewmembers onboard the ship, regardless of rank, have the right and liberty to exercise SWA, this is not always the case and there are many reasons why a person might not speak up or stop work:

In order to build people’s confidence to act, those with leadership roles onboard should: