Near Miss Reporting: A (mis)leading indicator of safety? 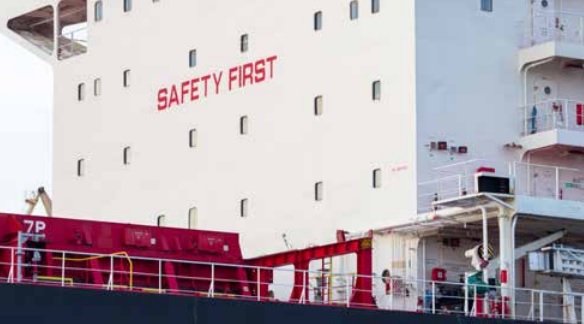 Mr. Nippin Anand explains the term ‘near miss reporting’, questioning whether it should be considered undoubtedly as an indicator of safety for many organizations.

The captain is fuming. “You know someone left a paper in the photocopier and the next thing it is reported as a near miss. Can you believe this?” he annoyingly asks. “We must report 5 near misses on monthly basis”, he adds. Reporting near misses will improve safety is an unquestioned belief in many companies. But why?

The idea of reporting near misses comes from Herbert William Heinrich, a technical superintendent in a travel insurance company whose contributions to industrial safety became extremely popular during the 1930s. In fact, Heinrich never used the term ‘near miss’; to him it was about ‘no injuries’. By studying travel insurance claims, Heinrich came up with the conclusion that for every 300 no injuries (now replaced with the term near miss), there were 29 minor injuries and 1 serious injury. Heinrich was of the view that reducing the frequency of ‘no injuries’ would lead to a reduction in severe injuries. This correlation between ‘no injuries’ and ‘serious injuries’ is commonly referred to as the ‘Pyramid model’ or the ‘iceberg model’ of safety. Such influential is this pyramid model that it’s reminiscence can be found in almost all leading safety publications (including the IMO, International Chamber of Shipping and leading industry publications) and at least on one bulkhead of most seagoing vessels.

But in recent times Fred Manuele, the author of the book Heinrich Revisited: Truism or Myth has questioned Heinrich’s assertions at various levels and proved them baseless. Interestingly, as Manuele has rightly observed Heinrich’s data quality is questionable and his survey documents are not even accessible in the scientific domain. Hence we are unsure how he arrived at those assertions. Put simply there is no scientific evidence for believing in Heinrich’s postulations. The data is drawn from insurance claims as a quote from Heinrich’s work illustrates:

“In the accident group (330 cases), a major injury is any case that is reported to insurance carriers or to the state compensation commissioner. A minor injury is a scratch, bruise or laceration such as is commonly termed a first aid case. A no-injury accident is an unexplained event involving the movement of a person or an object, ray or substance (e.g. slip, fall, flying object, inhalation) having the probability of causing personal injury or property damage. The great majority of reported or major injuries are not fatalities or fractures or dismemberments; they are not all lost time cases, and even those that are do not involve payment of compensation.”

There is no consistency between what qualifies as a major, minor and no injury in Heinrich’s study and how it is interpreted today. Notice also from the quote above that ‘severity’ of an injury was based on compensation and not so much on the seriousness of injury. In 1930s, on-site medical facilities were rare and hence insurance companies were expected to compensate workers for most on-site injuries. It was compensation and not severity as a measure to define an injury. This is an important point to bear in mind that minimising the claims arising from less severe incidents should not be an indication that major accident risks are being managed effectively.

A further assumption is open to questioning. Must a near miss or unsafe event (i.e. no injuries and minor injuries) occur at least 329 times before a serious injury takes place when there is no scientific basis for this correlation? The keyword here is before. Again, this is misleading. The potential for a serious injury does not wait for frequent recurrence of near misses. It would be purely a matter of coincidence if an accident must wait for so long.

A final thought on near misses is the disproportionate focus on low frequency events in the hunt for a diamond at the tip of the pyramid. In so doing, safety departments are kept extremely busy capturing data of marginal value. Quality is sacrificed for quantity. This leads to all sorts of problems of fabricated safety where workers have no choice but to make-up near miss reports to fulfil organisational KPIs. When the data bank starts to overflow, the analysis suffers because resources are limited. There is no serious thought given to the relationship between what is reported (and importantly what is not reported) and how this may relate with the potential for a serious accident. Temporary improvements in low consequence incidents based on questionable quality of data paints the impression that safety risks are being managed effectively until a major accident happens and the retrospective data bank exposes the futility of the entire system. It is as if the turkey was so well fed until the day of thanksgiving and then slaughtered without pre-warning.

The idea of counting the number of near miss reports as a tool for managing safety could be misleading and distract organisational focus from the core issues of managing safety and reputational risks. Rather than counting numbers, much could be learnt by examining the vivid details of a single event and understanding systemic problems. But in doing so, accountability should be shared evenly across the organisation. Workers at the front end would be far keener to report near misses if the top management takes accountability for their actions. Furthermore, research has shown that the true value of near miss reporting comes from encouraging voluntary reporting and not necessarily by generating numbers to feed the insatiable KPIs.

It creates a great deal of anxiety to find out that for nearly a century we have been misled into believing something that simply does not exist. But closing our eyes and walking in the darkness is not an option either.

The article was first published in The Standard Club, Standard Safety Bulletin, (July 2018).

Nippin Anand is Principal Specialist, Safety Management System / Disclaimer – The views expressed in this article may not be the views of the organisation that the author represents.