China's 'Belt and Road' initiative to open a new era 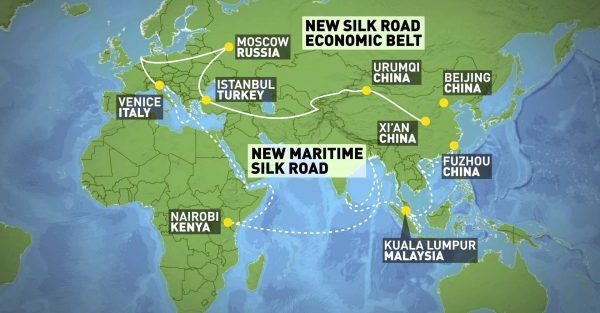 Twenty-nine foreign leaders and more than 1,500 delegates from over 130 nations attended the Belt and Road Forum for International Cooperation in Beijing over the weekend. Chinese President Xi Jinping opened the forum which took place in Beijing, 14-15 May by describing the principles, progress and plans for what is being described as the world’s largest global infrastructure and trade development initiative. He said that China aims to create a new model of co-operation and mutual benefit through the advancement of the framework. However, some critics are skeptical about China’s goals.

The Chinese President was followed by heads of state from Russia, Turkey, Pakistan, Greece, and many other countries, as well the heads of the U.N., World Bank, International Monetary Fund, World Trade Organization, and other major international organizations.

World Ocean Concil also participated in the forum. The WOC was invited to become a member of the SiLKS Network and to participate in the 2nd SiLKS Summit (Beijing, 16 May), recognizing WOC’s role as a unique global, multi-sector business leadership alliance on ocean sustainable development.

At the event’s afternoon session on “Policy Coordination and Synergy of Development Strategies”, Paul Holthus, CEO, WOC, highlighted the need and opportunity for ocean industry leadership on sustainable development in relation to the “Maritime Silk Road” component of the Belt and Road Initiative and ocean ecosystems. At the SiLKS Summit, Mr. Holthus proposed working with the SiLKS Network to develop a leadership group to bring together the ocean business community and other ocean partners in China and elsewhere. Such a working group would identify the priorities for understanding and addressing the risks and opportunities of the Belt and Road Initiative for ocean sustainable development, he said.

In the following video, experts analyses the ‘Belt and Road Initiative, share their comments and talk about the challenges  ahead

Moreover, the International Trade Centre (ITC) and the Government of the People’s Republic of China have announced that they will step up their collaboration to strengthen the trade capacities of small and medium-sized enterprises (SMEs) along the new Silk Road.

In support of the Belt and Road initiative, ITC and China’s Ministry of Commerce (MOFCOM) will be working to jointly promote trade and investment, sustainable and inclusive growth, greater South-South cooperation and the achievement of the 2030 Agenda for Sustainable Development.

As part of efforts to unlock trade and investment potential between China and countries involved in the Belt and Road initiative, the collaboration will focus on promoting regional economic integration and South-South cooperation, improving regional trade facilitation, increasing export competitiveness, trade and investment, and building trade capacities in rural areas.

In an interview with Xinhua, on the sidelines of the forum, the President of the Greek-Chinese Economic Council Fotis Provatas supported that the initiative will offer many opportunities to all countries involved. The Greek entrepreneurs do support that this bilateral cooperation will provide many benefits to both nations, the international trade and the world economy, he said.

Bloomberg – One Belt, One Road, One Man