Case study: Breakdown of diesel generators due to carelessness 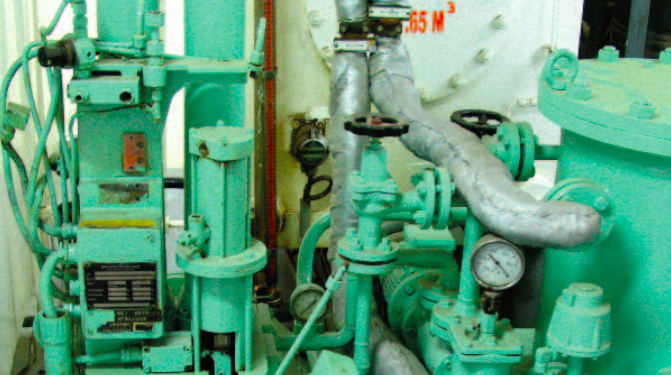 In a recent publication examining the most regular causes of engine damage onboard, the Swedish Club describes a breakdown of diesel generators onboard a container ship. The incident highlighted inability of the engine crew to follow the manufacturer’s instructions on maintenance procedures.

The 4,000TEU container was en route from Mersin to Gioia Tauro in Italy, loaded with 3,098 TEU of general cargo in containers. 15 of these units were reefer containers, and the ship had an average power load ranging from 600 to 1080 kW.

A few days into the voyage, the no. 2 diesel generator stopped working and the crankcase safety valves automatically released.

When we inspected it, we suspected this was due to low lubricating oil pressure caused by a faulty lubricating oil pump, but we weren’t entirely sure. It turns out that there was major damage to the engine, but we didn’t investigate it further nor did we consider the cause for the damage at this time,

The engine remained out of service, and so the no. 1 & no. 3 diesel generator took over the power load of the vessel.

Following this, the crew began having problems with the no. 3 diesel generator – the over-speed trip kept cutting in, so they replaced the engine’s governor with the spare one they had available.

We then put the engine back into operation only to find, after ten minutes and only 300kw of load, that the high temperature alarm was sounding for the no. 4 main bearing.

The engine crew stopped the engine almost immediately, but at that point the crankcase safety valves released.

The crew immediately notified the shore office, and they arranged for urgent delivery of a power pack generator at the next port to help the remaining diesel generator to cope with the vessel’s power load, plus all the spare parts needed to repair the seized generators.

In addition, they said they would send us two experienced Service Engineers, along with a Superintendent Engineer, to help the crew dismantle, inspect and recover both damaged diesel generators.

The investigation revealed that the casualty originated from careless handling of the mesh filter elements in the lube oil filter for the no. 2 generator, says Peter Stålberg, Senior Technical Advisor, Swedish Club.

Filter cartridges in steel mesh, which are quite fragile, are cleaned by means of ultrasound washing in a dedicated basket. Instead of using the specified basket the engine crew had tossed the filter elements directly into the cleaner where they had sustained damage when rubbing against each other during the cleaning process.

As the filter disintegrated, broken parts of the filter element spread throughout the lubrication oil system of the no. 2 diesel generator engine and caused severe damage to bearings and journals.

Ironically, the oil filter, which is there to protect the engine from impurities in the oil was damaged and caused widespread damage in the auxiliary engines.

The root cause for the casualty was the inability of the engine crew to follow the manufacturer’s instructions on procedures for maintenance.

In addition, one can always argue that having an interconnected lube oil system for different engines is not good practice and should be avoided to safeguard from contamination of both engines lube oil systems should there be problems with the other.