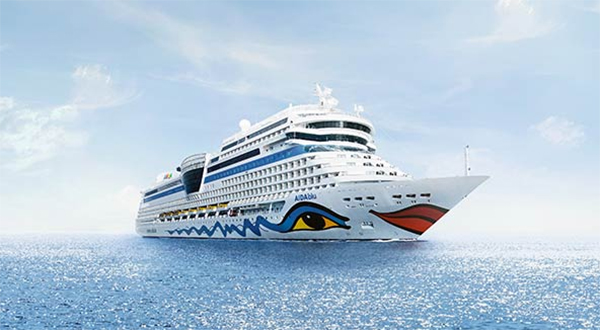 Namely, Carnival Cruise Line’s ‘Carnival Horizon’ will be launched in April 2018 and will include many recreational establishments.

The 133,500-ton Carnival Horizon will debut with a 13-day Mediterranean cruise from Barcelona in April 2018, which will be the first of four round-trip departures from the port.

Carnival Horizon will then return to the U.S. with a 14-day transatlantic crossing from Barcelona to New York, on May 9-23 2018, positioning the vessel for a summer schedule of four-day Bermuda and eight-day Caribbean departures from New York. Carnival Horizon will then move to Miami to launch a year-round schedule of six- and eight-day Caribbean cruises beginning on September 22 2018, and will also offer a two-day cruise to Nassau from Miami on September 20-22, 2018.

Next, Seabourn’s ‘Seabourn Ovation’, is expected to launch in May 2018. Seabourn Ovation will carry just 600 guests and will embark on an 11-day inaugural voyage departing on May 5, 2018, from Venice, Italy, to Barcelona. The ship will spend the majority of her maiden season cruising the waters of Northern Europe, including a three-day stay in St. Petersburg, Russia.

Seabourn Ovation will also sail on longer 14-day voyages, visiting the Norwegian fjords and British Isles. Other trips will include the Ventures by Seabourn program.

Furthermore, AIDA Cruises’s ‘AIDAnova’ will start operations in December 2018. AIDAnova will be the first cruise ship fully powered by LNG.

After its launch in December 2018, AIDAnova will offer seven-day trips around the Canary Islands. Before the Canary trips, the cruise ships will make a stop in Hamburg, and will visit the Hanseatic City on the Elbe before heading to Gran Canaria.

Finally, Holland America Line’s ‘Nieuw Statendam’, will also launch in December 2018. The ship is scheduled to depart on December 5, 2018, on a 14-day transatlantic crossing to Fort Lauderdale. The ship will spend the winter season cruising roundtrip from the South Florida port on 7-day Caribbean itineraries.