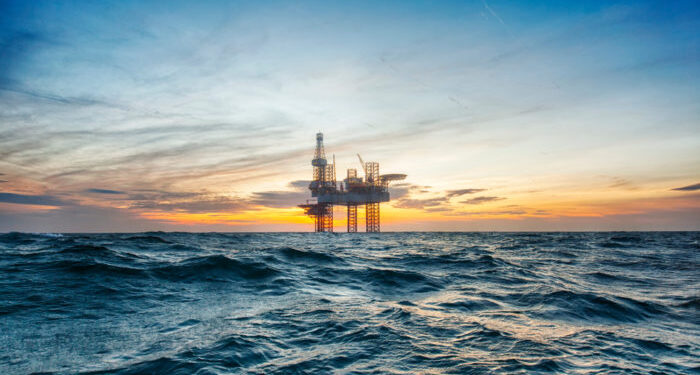 The US was the world’s largest CO2 emitter from oil and gas in absolute terms in 2018. Among the top 10 oil and gas producing countries, Canada had the highest CO2 emission intensity per barrel of oil equivalent (boe) produced, while Norway had the lowest, latest data by Rystad Energy shows.

For 2018, the year with the latest reliable data, the world’s top emitters from upstream oil and gas producing activities in absolute terms were:

These emission numbers do not include midstream elements, such as liquefaction plants.

Regarding CO2 intensity per produced boe, Norway shows the lowest upstream CO2 footprint among the top 10 producing countries, with approximately 7 kg of CO2 per boe. As explained:

Meanwhile, the UAE, Qatar and Saudi Arabia are challenging Norway for the top position in terms of CO2 intensity, each with emissions at or below 10 kg per boe: 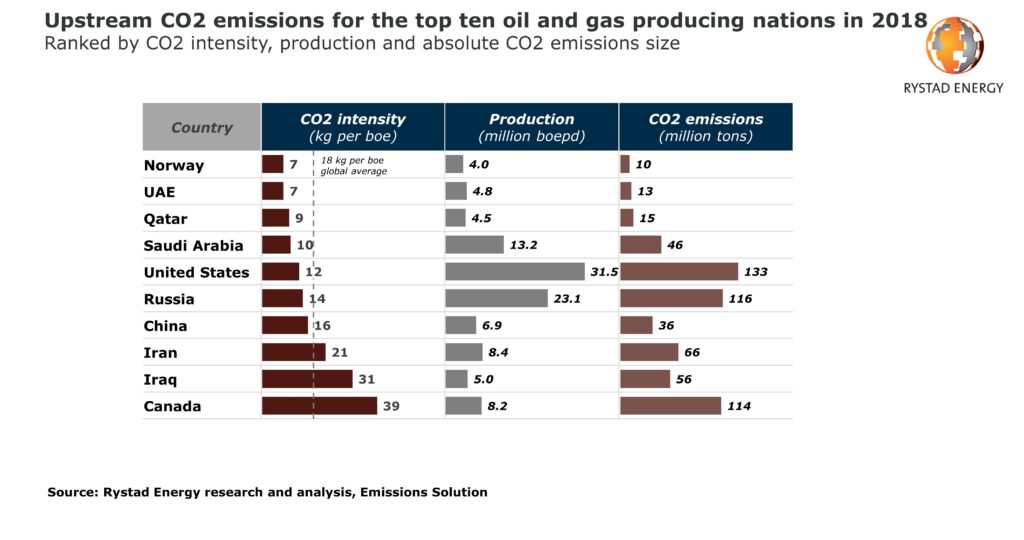 At the other end of the scale, Canada and Iraq are both among the world’s highest upstream emitters, albeit for entirely different reasons:

Heavy oil produced by mining or in-situ is more complicated to extract and the process is very energy-intensive. In recent years several major producers have divested their assets in these segments due to the expensive extraction process and the high carbon footprint.

The average upstream CO2 emission intensity of oil and gas production worldwide was about 18 kg per boe in 2018, but the variation between producers is high – both in terms of countries and companies. Between individual fields, the variation is even higher,