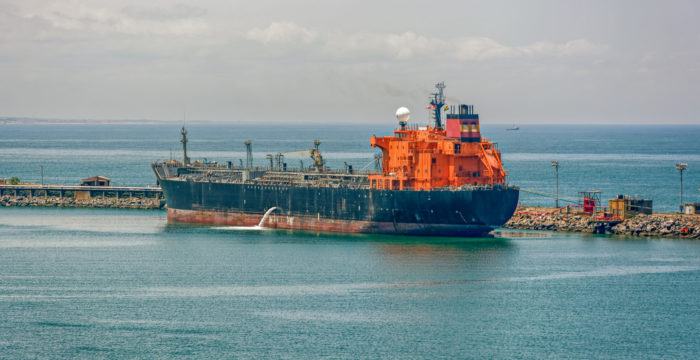 Amendments to an international treaty aiming to prevent the spread of potentially invasive species in ships’ ballast water entered into force on 13 October 2019. The amendments set out an implementation schedule to make sure that ships manage their ballast water to meet a specified standard (D-2 standard). They also make mandatory the Code for Approval of Ballast Water Management Systems, which establishes how ballast water management systems used to achieve the D-2 standard have to be assessed and approved.

Ships regularly take on sea water, in tanks, to ensure their stability. Known as ballast water, this can contain many aquatic species, including in microscopic or larval form, which can become invasive and harmful. To address this problem, IMO adopted the International Convention for the Control and Management of Ships’ Ballast Water and Sediments, 2004 (the BWM Convention).

The BWM Convention entered into force in 2017. The new amendments establish an implementation schedule to ensure ships manage their ballast water to meet a specified standard (D-2 standard), in order to ensure that viable organisms are not released into new sea areas.

They also make mandatory the Code for Approval of Ballast Water Management Systems, which sets out how ballast water management systems used to achieve the D-2 standard have to be assessed and approved.

More specifically, BWM Convention Regulations E-1 and E-5 have been amended to clarify that:

“This will help ensure that aquatic organisms and pathogens are removed or rendered harmless before the ballast water is released into a new location – and avoid the spread of invasive species as well as potentially harmful pathogens.” 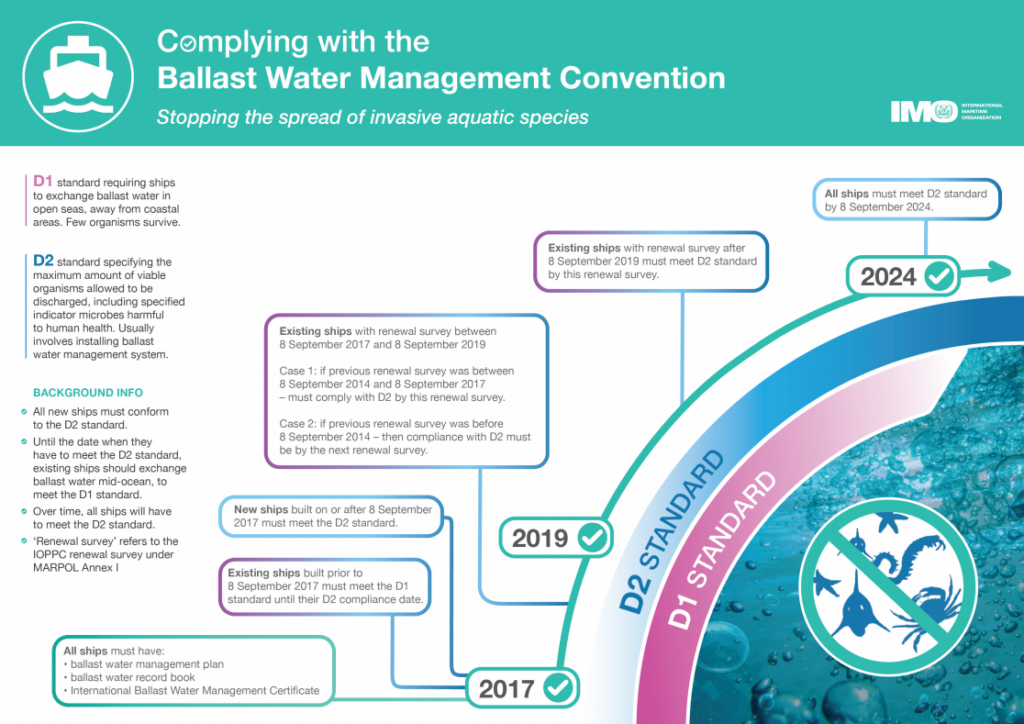 In several cases, complying with the D-2 standard can be achieved through equipping ballast water management systems. There are many such approved systems on the market, varying from those which use physical methods, like ultraviolet light to treat the ballast water, to those using active substances. Those that use active substances have to go through a comprehensive additional approval process.

Further amendments to the BWM Convention entering into force on 13 October 2019 relate to survey and certification.

The D-2 standard specifies that vessels can only discharge ballast water that meets the following criteria:

Since the Convention entered into force in September 2017, ships have been required to have a ship-specific ballast water management plan and keep a ballast water record book. They also must manage their ballast water to comply either with the D-1 ballast water exchange standard or the D-2 performance standard.

The amendments that applied on 13 October 2019 formalise the implementation schedule for the transition from the D-1 to the D‑2 standard.

Concluding, IMO published 2019’s edition of Consistent Implementation of MARPOL ANNEX VI, which brings together all the instruments and guidance prepared into one document, including IMO resolutions and circulars.